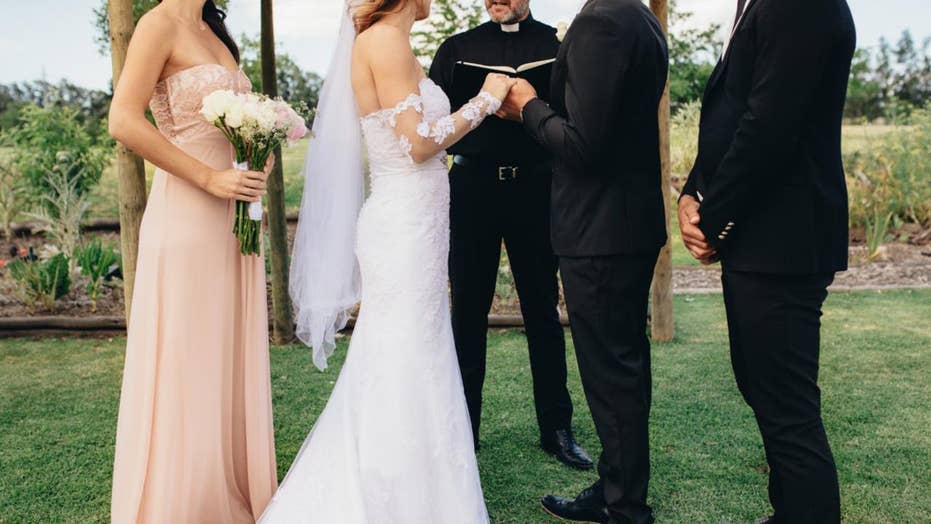 Less than a week before her best friend's wedding, an anonymous maid of honor, is considering backing out after the best man, her ex-fiance, admitted to cheating on her. The woman shared the story on Reddit under the name 'Liotheleon' which garnered 1,800 comments, many from supporters who said they wouldn't blame her if she bailed. Liotheleon later updated her initial post with her final decision: She's going to the wedding.

She went through with it, just like she said she would.

A maid of honor who briefly considered backing out of her best friend’s wedding has confirmed she did, in fact, walk down the aisle with the best man — who was also her ex-fiancé — after learning that he cheated on her with multiple prostitutes.

The maid of honor, who originally posted her story to Reddit under the handle Liotheleon, had formerly been engaged to the best man, and they had planned to marry in August of this year. The two were also slated to serve as the maid of honor and best man at their mutual friends’ wedding on May 11, but broke up just prior to the wedding after Liotheleon learned her fiance was a sex addict who frequented prostitutes throughout their relationship.

It all started only a few weeks ago, when Liotheleon said her then-fiance had left his phone at her house while he was away for his job with the Air Force, only for a “call girl” named Panama to start texting him “in the middle of the night saying she’s reaching out to old clients because she’s back in the game.”

“He confessed that he had seen 2 separate call girls for about a year, sometimes at the same time,” Liotheleon explained in a previous Reddit thread.

She subsequently dumped her fiance, but that left her with an altogether new problem: She would still have to walk with him, and interact with him, at her best friend’s wedding.

After expressing her concerns on Reddit, Liotheleon ultimately decided to go through with the ceremony, so as not to fuel rumors about herself or her ex on the bride and groom’s big day.

“We had a ‘meeting’ among the four of us as to whether or not we proceed,” Liotheleon revealed in her most recent Reddit post. “We pretty much agreed that not showing up would cause more drama and ‘whispers’ than if we didn't show up so we agreed to be civil and stay in our respective places. But having to spend that hour or so in same room with him just fueled me up with adrenaline and pure rage.”

The maid of honor, who originally posted her story to Reddit under the handle Liotheleon, had formerly been engaged to the best man, and they had planned to marry in August of this year. The two were also slated to serve as the maid of honor and best man at their mutual friends’ wedding on May 11, but broke up just prior to the wedding after Liotheleon learned her fiance was a sex addict who frequented prostitutes throughout their relationship. (iStock)

Following the meeting, Liotheleon says she got “hammered” at her friend’s bachelorette party, blew off some steam dancing, and even hooked up with a “super cute guy” from her university.

Then later, at the rehearsal dinner, the maid of honor said she couldn’t help but have an “absolute blast” with her ex after the two were able to put the “issue” behind them.

“Wedding was very much the same way. We walked arm in arm down the aisle with big beaming (and genuine) smiles since we were there for our friends,” she said.

Liotheleon added that she had even prepared a “nasty” maid-of-honor speech in which she would laud the bride and groom for their “loyalty and truthfulness,” among other thinly-veiled digs at her ex. However, she opted not to go with that version, as she “could tell the weight of the situation was really getting to” her ex, who sat alone for much of the ceremony, seemingly dejected.

In a twist, Liotheleon revealed she actually asked him to dance and it was “really, really nice.” At the end of the dance, however, she thought he was going in for a kiss (and may have even allowed it), only for him to whisper another apology in her ear, and then depart the dance floor and the reception altogether.

“I hate myself for it but I was so sad to see him go,” she admitted. “This wedding is literally the last thing we ever have to do with each other.”

Liotheleon also revealed she ran off to cry in the kitchen, where the bride soon found her and consoled her.

“With that I knew I made the right choice in being there for my friend,” Liotheleon wrote.

In a twist, Liotheleon revealed she actually asked her ex to dance during the ceremony, and it was “really, really nice.” (iStock)

“So that is that, wedding is over and done with," she concluded. "No real drama, lots and lots of hurt feelings and a huge broken heart that I'm not sure how it will ever heal. I wish I could just turn off loving him but it's not going to happen.”

Commenters later took to Reddit to praise Liotheleon for her courage, and for staying strong throughout the ceremony.

“I wish you so much healing sister. You have a good heart,” another added.

“I wish I had friends like you,” someone else added. “F--- him he doesn’t deserve you. Good luck girl.”