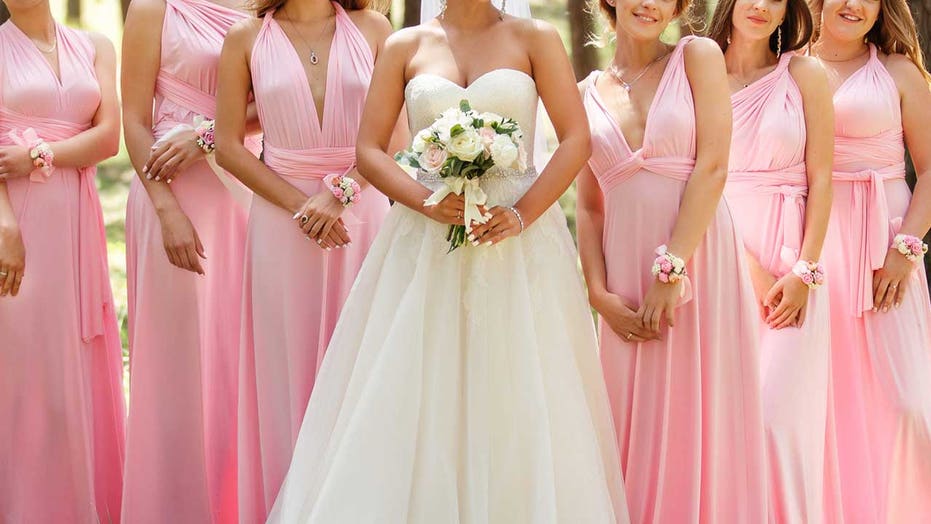 One bride-to-be has been declared a true “bridezilla” by the Reddit community for shaming her lifelong pal – and maid of honor – for wanting to get breast augmentation surgery ahead of the woman’s September nuptials.

Last week, Redditor AngryMOH1 took to the social forum platform to voice her grievances ahead of her friend’s big day, and to poll users on their thoughts regarding whether or not she should proceed with her plans for the boob job, which is scheduled for the end of May. Her post, in the “Bridezillas” community page, has since been liked nearly 700 times.

“I've dreamed of [the surgery] for a long time and I finally got a chance and money to do it,” the disgruntled maid of honor began. She continued to dish that the bride, who she has been “best friends [with] since kindergarten,” isn't very happy about her upcoming cosmetic surgery.

“So far everything has been going good, but yesterday she asked me whether I would consider doing [the surgery] after her wedding. I was surprised, because she knows it's perfect timing for me and there are many reasons behind it,” AngryMOH1 wrote online. (iStock)

“So far everything has been going good, but yesterday she asked me whether I would consider doing [the surgery] after her wedding. I was surprised, because she knows it's perfect timing for me and there are many reasons behind it,” AngryMOH1 wrote online.

Questioning her as to why, the bride admitted she “wants to be the hottest one in her wedding party" and fears that her bridesmaid “may overshadow her” with the new boobs.

“I said if it bothers her so much, I will wear something not [revealing]. She looked hurt and heartbroken, said a cold goodbye and left,” AngryMOH1 lamented. “I don't want to and can't change my date, but I feel upset about the whole situation.”

In addition, the Redditor revealed that the so-called bridezilla didn’t include their other pal, who is “hellishly hot” in the bridal party, which came as a “shock” to all involved, and instead picked her future sister-in-laws bridesmaids, “who are twins and quite chubby,” as per AngryMOH1.

“They are very sweet ladies but the bride called them ‘land whales’ behind their back once,” the Reddit user opined. “So, she picked people she thinks are less sexy than her and somehow I ended up on this list.”

“She doesn't want me to get hotter either. I don't know how to feel,” a sad AngryMOH1 finished.

Commenters, in reply, were largely sympathetic to the woman’s plight, and encouraged her to go ahead with her scheduled boob job as planned. (iStock)

Commenters, in reply, were largely sympathetic to the woman’s plight, and encouraged her to go ahead with her scheduled boob job as planned.

“Yikes, sounds like come August she will be an absolute nut job of a bridezilla,” one commenter chimed in.

“That is so awful and I am so sorry,” another agreed. “Of course the bride wants the day to be about her and her partner but having someone more attractive standing next to her or someone wearing a sparkly dress isn't going to make the day any less about her.”

“Definitely go ahead with your surgery and stand up there on the day knowing that you look hot!” they added.

Other critics, meanwhile, suggested that AngryMOH1 step away from her bridal party duties entirely, as the bride didn’t seem to be a genuine friend.

“I would feel... tempted to tell her to find another maid of honor,” one offered. “If she's that shallow and indifferent to your life she's not worth your time.”

“Are you sure this girl is your friend? I mean, she doesn’t want you to do something that will make you happy, and on top of that, she clearly thinks you are not pretty enough,” another agreed. “Anyway, she is getting married, she shouldn’t be disputing with her wedding party and friends who is hotter. She will be married, for crying out loud.”

“I don't call people like that my friend. Problem solved,” another concluded.