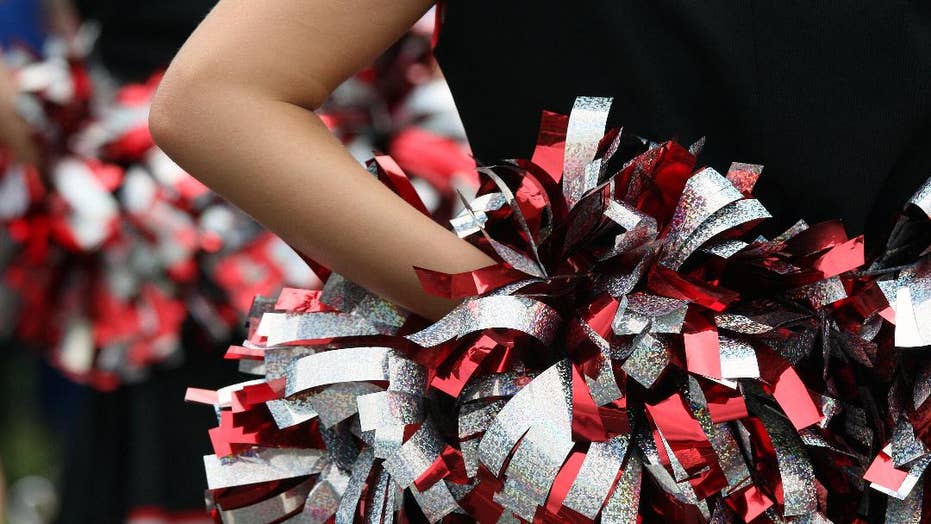 Talk about good sportsmanship! The Hardin-Central High School cheer squad joined a rival, lone cheerleader on the sidelines during a basketball championship game. You have to see this heartwarming video.

Cheerleaders from Hardin-Central High School in Missouri took good sportsmanship to a new level when they joined a lone cheerleader representing neighboring Northwestern High School on the sidelines of a basketball championship earlier this week, Fox 4 reports.

Hardin-Central cheerleading parent Brenda Milligan told the outlet that the Hardin-Central squad spent the game by the Northwestern student’s side so she wouldn’t be alone before the CLAA Conference Tournament in Tina.

Cheerleader Tori Adams was said to be nervous about cheering alone, after many of her teammates called out sick or couldn't make the game. (Carla Shaner)

“She was embarrassed and scared, just like any of us would be if we had to cheer in front of a big crowd all alone. My daughter and her squad took the nerve and went out to cheer with her," Milligan said. "They learned her cheers and were able to present them to the crowd in a short amount of time."

The Northwestern cheerleader, Tori Adams, told Fox 4 that it was “a big relief” and sweet surprise for the rival team to join her, as it was “a little uncomfortable” to cheer by herself. Adams said that she was left alone because many of her teammates were sick, or couldn't make it as the game was a rescheduled make-up game.

"My coach gave me the option to cheer or not cheer, and I felt like I had to be there for the team. It was a little intimidating,” Adams said. “But that went away when the girls from Hardin-Central came over. They learned some of my cheers and I learned some of their cheers.”

Way to go, girls — your kindness is something everyone can cheer for.