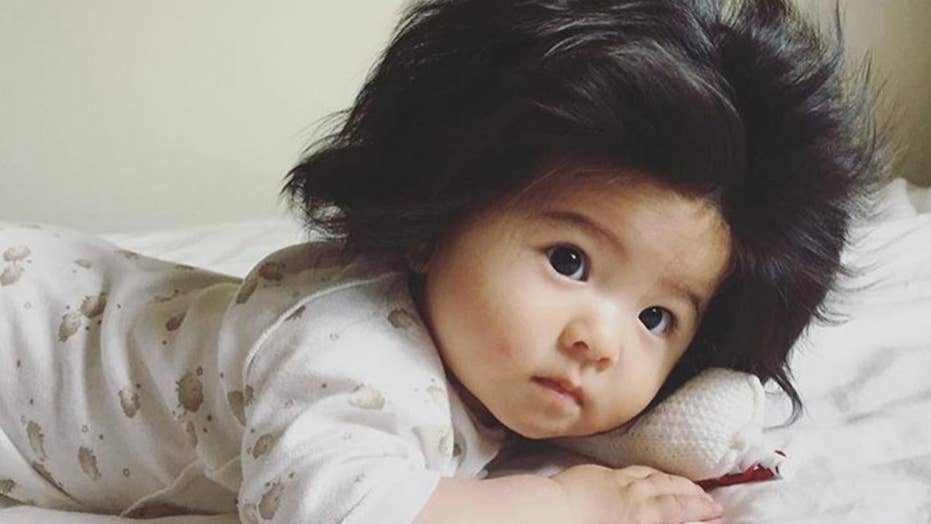 Baby Chanco, an adorable 7-month old girl from Japan has stolen the internet's heart with her incredible full head of hair. Her Instagram account, labeled “hair diary” now has over 100,000 followers.

A Japanese baby girl whose impressive full head of hair caught international attention over the summer is now the face of a new Pantene ad — and her mother is sharing the secret to her daughter’s luscious locks.

“I’m so surprised with the reaction, but also very proud of the praise from many countries,” Kano told People magazine on Tuesday, adding that the child has a “lighthearted smile and luxurious head of hair [that] doesn’t match her age.”

As to how she keeps the child’s hair so voluminous, she said: “Brushing and just let her live as she is.”

On Monday, Chanco starred in  Pantene’s new ad alongside Japanese television announcer Sato Kondo, who was praised in Japan for her natural gray hair.

“We went straight to her mother because Chanco’s personality and special character matches our image for women we want to support,” said P&G Japan haircare associate brand director Yoshiaki Okura.

Chanco, who celebrated her first birthday on Dec. 23, was born in Japan and “came out of the womb with a full head of hair,” Popsugar previously reported.

“I prefer to keep her hair long, and in the future I want to try some new arrangements, like braids,” she said.