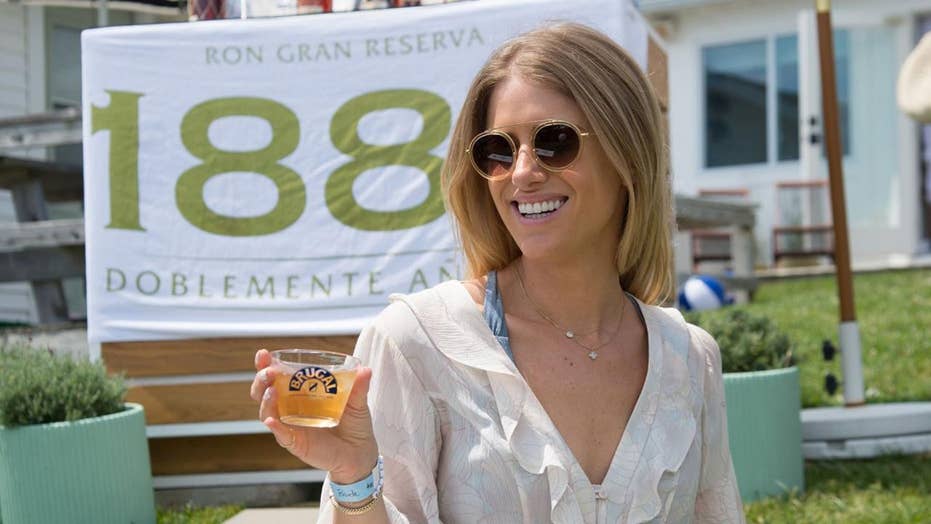 An influencer’s ‘surprise’ engagement was blasted by users online over a leaked sponsorship pitch deck.

An elaborate marriage proposal meticulously documented on social media could be a hopeless romantic’s dream come true — or worst nightmare.

One Instagram influencer and Goop exec has equally enchanted and exasperated the Internet by sharing news of her weeklong, multicity “surprise” engagement adventure online — though a leaked pitch deck seeking sponsorships has some dismissing the stunt as fake.

On Tuesday, social media starlet and Goop director of brand partnerships Marissa Fuchs took to Instagram to share videos of her boyfriend, Gabriel Grossman, professing his love for her and declaring he had “the most important question of my life to ask you.”

“The problem is, we’re not really into traditional weddings. It’s not really our style,” Grossman began. “But that’s not what we'd really want anyways. If we were going to have a wedding, it would be some expensive, destination-type thing that all our friends would probably complain about anyways.”

Revealing that he wanted to pop the question by incorporating “everything that's important to her — love, adventure, travel, fashion, friends and family,” the big moment would “have to be an extraordinary adventure, unlike any proposal ever seen.”

“WHAT IS HAPPENING?!” Fuchs captioned the clip for her Instagram following of 195,000, where she goes by @fashionambitionist.

According to The Atlantic, the woman spent the next 48 hours jetting from New York City to Montauk, then Miami and Paris, on a “scavenger hunt” of sorts, enjoying fancy meals, time with friends and stays in swanky hotels, documenting her style and beauty looks along the way. Cosmopolitan described the “perfectly executed” excursion as an evident “hunt for the ring.”

Some fans of Fuchs were enthralled by the glamorous turn of events, while others scoffed — having read up on the not-so-spontaneous adventure in a brand sponsorship pitch deck.

“The viral proposal appears to be a meticulously planned marketing stunt,” Taylor Lorenz of The Atlantic wrote. The writer claimed that ahead of the scavenger hunt, “marketers at various brands and agencies had received a PDF outlining the future engagement in the context of a potential sponsorship.”

The slides detailed that the couple of five years were ready to take the next step, and that Grossman planned to “simultaneously propose and marry Marissa” on the trip.

"We're pleased to offer your brand the opportunity to align with his momentous occasion and the beautiful cities she will be visiting along the way,” the pitch read, which was all planned to happen “without Marissa' knowledge.”

“The Fashion Ambitionist team will be producing and releasing long and short form content as well as Instagram stories and posts detailing each stage of the journey on her channels,” the backstory continued of the special trip for the "the soon to be bride.”

Though it remains unclear at this time whether or not the happy couple received any compensation for their trip, one industry insider was skeptical that Fuchs was oblivious to her beau’s so-called plan.

“Either her fiancé has been intimately involved in every single aspect of her business and influencer marketing career and knows every detail of her influencer partnerships, or she has had some input into that pitch deck,” advertising exec Bryan Pedersen told the Atlantic. “There’s no way a friend or potential fiancé would know how to put together a pitch deck with that detail.”

Fuchs, meanwhile, alleges that she had no idea that the exotic trip – or pitch deck – existed until Wednesday. She also claims that the getaway was not sponsored, either.

“I still haven’t seen it and still don’t know what’s in store for the rest of the engagement,” she told The New York Post. “I know people are saying that everything was sponsored — but that couldn’t be less from the truth. Gabe has paid for every inch of this proposal.”

Supposedly, the trip was coordinated in full by Grossman and a friend named Elicia Blaine Evans with the help of other pals, too, the Post reports.

As of Friday morning, Fuchs was in Paris, en route to meet her partner, according to her Instagram stories. If the pitch deck is to be believed, she’s in for a “flash mob and proposal” followed by a “family dinner” later in the evening.

Social media commenters, naturally, had a whole lot to say about the happy couple and somewhat-confusing sequence of events.

“Urgh I give zero Fuchs,” one snarky Twitter user said.

“I just can’t look away from this Marissa Fuchs Instagram proposal. So 2019,” one said.

Others, meanwhile, were genuinely excited for Fuchs and Grossman.

“So invested in this!” one fan cried.

“You won’t catch me watching reality tv but I ain’t gonna lie I’m invested in this epic proposal!” another agreed.

Grossman, notably, has stayed mostly silent on his Instagram page as to what's happening next.