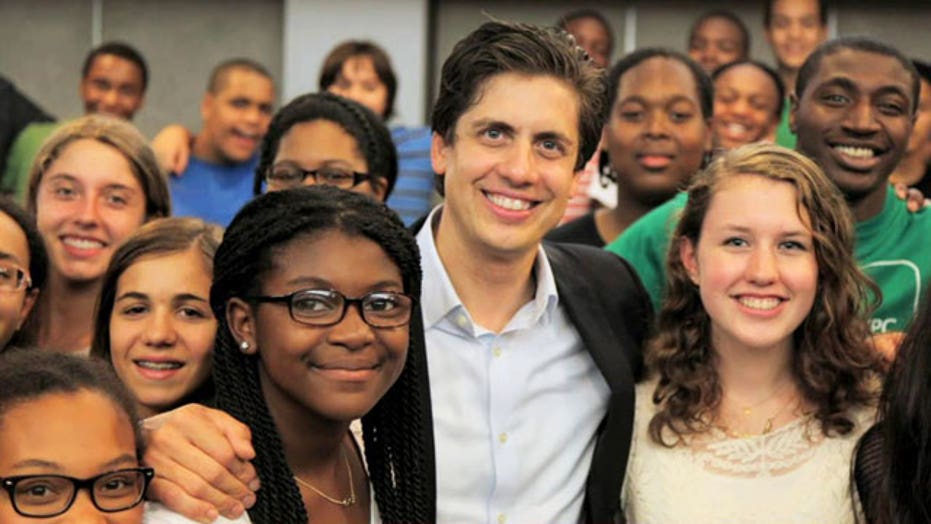 “I never wanted to teach. In fact, when I was younger as a pianist, I wanted to be a pianist.”

Francisco Nuñez and his Young People’s Chorus of New York City might not act like most choral groups. They dance, sing songs that sound like something you’d hear in a rainforest and come from just about every neighborhood in New York City – rich and poor.  But their voices mix together perfectly and their friendships run deep.

After all, most of these kids have been singing together for the past 8 to10 years.

“Chorus is an opportunity, you join because your friends are there and you want to sing. But when you come to YPC, once you join us, something starts to transform,” Nuñez says. “It’s a little bit more than just singing and that’s what we’re all about.”

Raised in Washington Heights in a single-parent household, Nuñez's mother bought him a piano from the Salvation Army to keep him and his older brother out of trouble.

”It was in terrible condition, but it worked enough for me,” he says. “Little by little, they started to figure out that I actually had a talent for the piano and she got piano teachers for me and she would clean their homes in return for the piano lessons.”

It also kept him safe inside.

“There were blocks you were not supposed to enter no matter what,” he says. “I happened to live on a great street. But once you go one block up…I would never go up that block”.

Music would be his way out. Opportunity landed when his mother enrolled him in a public school further downtown. There he met a young lady who invited him to her house after school.

“I went upstairs…Beautiful view of New York City and then we sat down and played the piano and I started giving her piano lessons and she was my age,” he says.

It was a turning point for Nuñez. For a kid who didn’t leave his room, much less his neighborhood, music became his entry into a whole new world.

“My whole life I was taught to just be with your people and enjoy a culture and push a culture forward,” Nuñez explains. “Being a Latino, that was very important. I said ‘I love that idea, but can I just start to understand what other people are like?’”

“I started to meet different kinds of people, I noticed something. We had a lot of things in common,” he explains. “They’re actually great people and that’s what music did. I wanted to create a program that kids like me, the poor kids, can meet kids that are completely different.”

So after attending college at New York University, he created a music program where kids from every socio-economic background could meet and sing together.

“I want to help poor people. I want to fight poverty through education and getting rid of racial differences because we are taught that if you’re a different color, a different religion, you’re not good enough. And I want to change that,” Nuñez says.

It didn’t happen overnight and it wouldn’t be easy. But today the group travels around the world, providing life-changing experiences for children in his group.

“I love working with young people today because they’re so smart and when you teach them in such a way, they change so quickly,” he says. “They’re so malleable. They’re willing to go wherever you want to go with them.

”In our spring concert, we have what is called the graduation. This year, one lady whispered ‘you changed my life on stage,’ he explains. “Some have gone through divorce, through death, moving, everything, but the one constant has been the Young People’s Chorus in New York City.”

Nuñez won the MacArthur Fellowship in 2011. His wish would be to start a similar program in every city in America. He’s an amazing man, doing extraordinary things for young people.