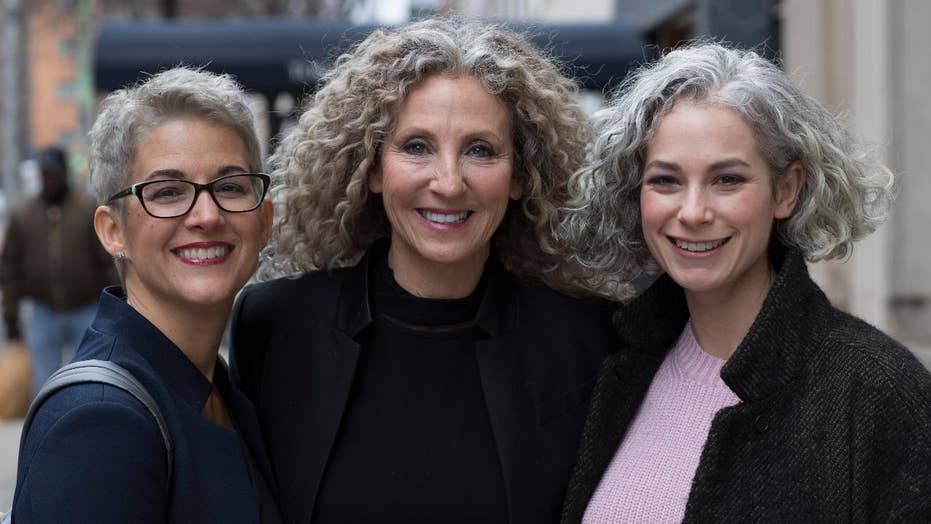 One upbeat online community is encouraging women of all ages to say “goodbye” to dye, and “hooray” for gray.

Established in 2016, the Grombre group describes itself as a “global movement of women who are embracing natural, undyed hair,” with a following of 145,000 users on Instagram and over 17,000 on Facebook to date.

“What started off as a small Instagram community has turned into a lifestyle for women— Grombre is about so much more than hair,” an official website details. “We believe there are more important things in life than the beauty standards that women are so often told define our value, and we’re finding liberation and empowerment to live fully and celebrate the complexities that make us beautiful in each season of our lives.”

On Sunday, one 31-year-old woman shared her silver story of finding her first gray hair at age 11 and dying her hair dark for nearly a decade.

“I was lacking the confidence to expose my true colors until I turned 30 – just over a year ago and I wish I had ditched my dye earlier,” she said. “I feel liberated for not having to hide my silver waves (plus tons of money and time saved) which I adore and make me look unique.”

On Oct. 5, another 31-year-old woman revealed that her “first stripe of white” appeared almost immediately after her sister was diagnosed with cancer ten years ago. The author explained that “more grays appeared” after her sibling tragically passed away, her mother and father battled serious health issues and the author had a mastectomy – though the silver strands still “horrified” her.

“I spent a decade fighting them, pushing back at every bright, wiry hair with chemicals and grim determination. But one day about 9 months ago, I was done,” she went on.

“Life had been showing me my priorities in a not so gentle way – and I finally received her message. I no longer have time or patience to achieve an expected hair color,” the writer declared. “I've survived and thrived through so much worse than disappointing societal standards and expectations.”

Another Grombre group member recently revealed that her own journey to gray began when she left an unhappy marriage at age 50, lost 136 pounds and was inspired to let her tresses go gray. Today, she says she’s never felt better.

“I feel authentic, sexy and more beautiful than I ever have in my life and it reflects out. I am happier inside my skin as it has freed me and the way I see myself,” the woman said.

In September, one user shared that she stopped dyeing her hair two years ago when she experienced severe hair loss due to stress and wanted to help the treatment work more effectively.

“Hard times call for brave decisions... I went for a generous hair-cut to minimize the difference of grey roots and dark ends and help transitioning smoothly,” she revealed.

Claiming that some people were “horrified” by her choice to go gray, she stayed true to her roots – and described the move as “one of the best decisions I ever made!”

“It’s all about confidence, self-love and embracing change with grace and gratitude. Here’s to life!” she said.

A spokesperson for Grombre was not immediately available to comment on the group's history and mission. However, the "grombe" trend is taking off on its own on social media. A search for the grombe hashtag nets more than 72,000 results on Instagram, the majority of which are from those appreciating, or showing off, their silver strands.

"My grey is pretty much all grown out now! Amazing," one woman wrote, hashtagging the post with "#GrayHairMovement" in addition to "#Grombe."

"Happy 1-year silver anniversary to me!" said another after giving up hair dye. "I have doubts about having the same colour hair forever after 26 years of dying it every colour possible but I think I might actually see this through to the end," she added.