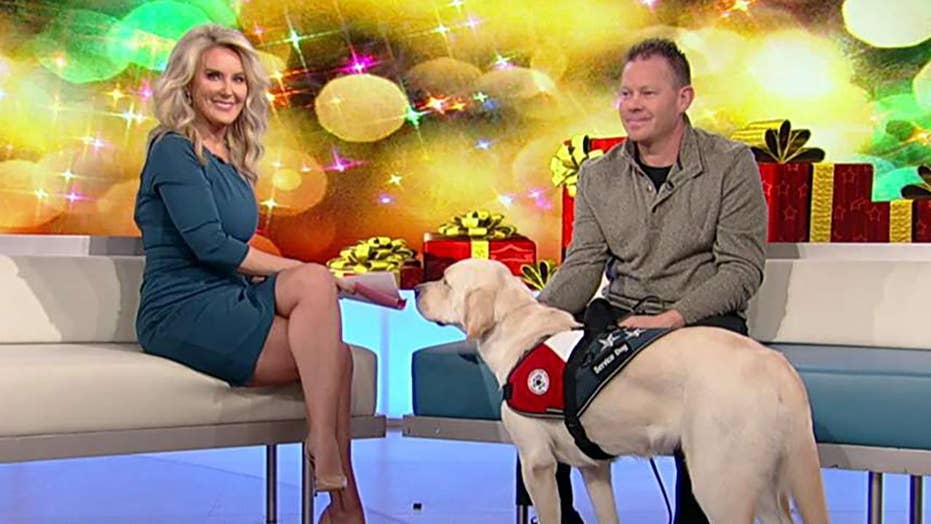 4 Paws for Ability provides service dogs to meet the unique needs of children and veterans with disabilities.

There’s no place like home for the holidays, especially for one longtime shelter dog who was finally adopted by a fur-ever family after a 500-day wait.

Last week, a 5-year-old pit bull mix named Bonita went home with her new owner after living at the Niagara County SPCA in Niagara Falls, N.Y., for over a year and a half. The 5-year-old pup was the shelter’s longest-term resident and was officially adopted by Ray Kinz on Dec. 12, Fox 13 reports.

SPCA officials felt Bonita belonged in a home with no kids or other dogs, plus lots of one-on-one attention — requisites that ultimately proved tough to match, according to puppy blog Dogspot.

“For almost two years, potential adopters walked right past her kennel,” the blog said. “Bonita watched all the other dogs find forever homes, but it never seemed to be her turn.”

Bonita’s luck changed, however, when Kinz visited the shelter and “instantly fell in love” with the cute mutt.

Last Thursday, the pooch got the fairy-tail ending she deserved and left the shelter for good, receiving "the best Christmas gift a rescue dog could ever get" with a new home.

In now-viral video footage shared by the Niagara SPCA to Facebook, the rescue dog received a grand escort out of the building from her “former family members” at the shelter, per Fox 13. Proudly held on a leash by her new dad, Bonita joyfully jumped and ran down the pathway as onlookers cheered and threw confetti, in a feel-good clip that has since been viewed over 4.3 million times online.

“Everybody loves her so much, and a lot of our employees are used to seeing her every day, so I know we are all going to miss her like crazy," shelter event coordinator Kimberly LaRussa said of the adoption. “She gets to be the lady of the house, which I’m sure is a dream come true for her.”

Kinz has already set up an Instagram page to document his new life and times with the special dog.