Young couple back to back ignoring each other in the bedroom

Does your brain influence which side of the bed you sleep on?

This new statistic emerged in a study of 2,000 Americans, which found that Americans who sleep on the left side are more likely to prefer oldies music and drama films, whereas right-side sleepers prefer rock music and action flicks.

GET A BETTER NIGHT'S SLEEP WITH THESE EXPERT TIPS

So why do Americans prefer their particular side of the bed?

According to the results, the top reason Americans sleep where they do is that it’s actually easier for them to get out of bed on that side (40 percent). Funnily enough, the second biggest reason Americans sleep on their side of the bed is that their partner prefers the other side (31 percent), and one in four says their preferred side has the better view of the TV (25 percent).

"Staying as far away as possible from a snoring partner" wasn't a common-enough response to make it on the list. (iStock)

“All reasons for sleeping on your side of the bed are good reasons… except for it being uncomfortable,” said Katie Mellott of Slumber Cloud.

And although they say you should get eight hours of beauty rest per night, according to the results of the study, we’re all barely getting six. On top of that, we’re waking up about two times in the middle of the night.

The average American is clocking six hours and 22 minutes of sleep every night, but one in four Americans (22 percent) say they only get about four or five hours. And it’s proving to not be enough for most of us, as the average American will hit the snooze button twice a morning, with respondents also waking up grumpy twice a week. 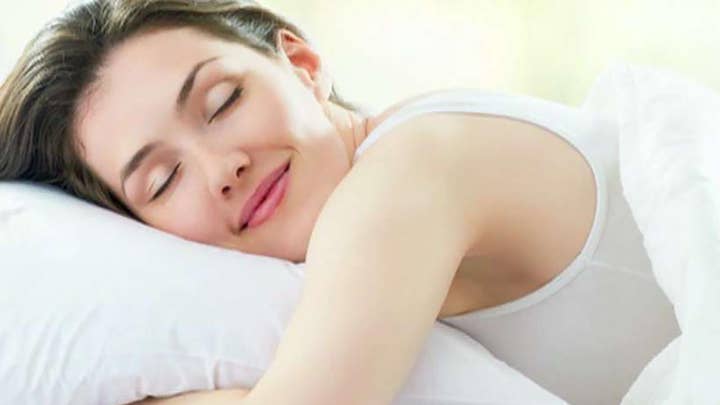 The average American will also oversleep and be late for work once a week, with one in six saying that number is actually higher.

Due to the lack of sleep, Americans also say they make two errors at work every day, with 27 percent saying they make more than that. And bad sleep or lack of sleep is affecting more than just our punctuality and job performance, as 55 percent say they feel a lot more antisocial after a bad night of sleep.

“Eliminate feeling like you woke up on the wrong side of the bed by making sure you are getting quality sleep,” continued Mellott. “Common reasons for not getting the right sleep are waking up hot throughout the night and too many distractions in the bedroom.”