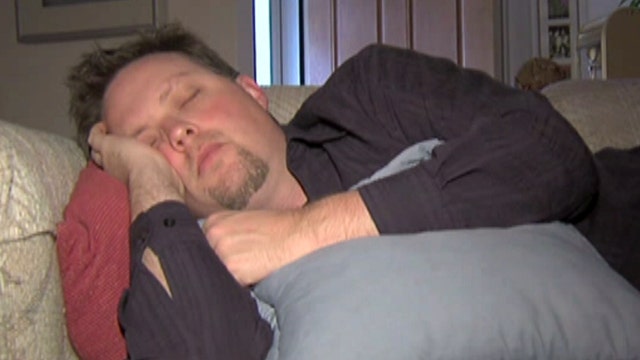 What happens when you wake up unable to move or speak?

Q&amp;A with Dr. Manny: I wake up and I am unable to move or talk. What causes this and can I avoid it?

People may wake in the middle of the night and find themselves unable to move or utter a sound.

They might see a shadowy figure hovering in the corner, feel a pressure on their chest or sense a hand around their throat. Other times, they feel removed from their frozen bodies, as if floating out of their bed sheets. These bizarre experiences are known as sleep paralysis, a diagnosable and fairly common sleeping disorder.

References to sleep paralysis are scattered throughout history, though not usually under the name "sleep paralysis." Folklore and myths from around the world describe the terrifying experience of being unable to move upon waking and sometimes seeing beings, being choked or being held down.

Nightmares known as the "Old Hag" in Newfoundland, Kokma in St. Lucia, and tsog in East Asia may have all be borne of the same spooky experience, according to an article in the Journal of the Royal Society of Medicine. In 1664, a Dutch physician described a patient's experience of sleep paralysis as the "Incubus or the Night-Mare," providing the first known clinical description of the affliction.

Sleep paralysis demons and other hallucinations

Nowadays, scientists have gained a better understanding of sleep paralysis as a neurological disorder, rather than a brush with the paranormal. Sleep paralysis arises from disrupted REM sleep, named for the rapid eye movements that occur during this stage of the sleep cycle.

"During sleep paralysis, you have two aspects of REM sleep going on when you're awake," said Brian Sharpless, a licensed clinical psychologist and co-author of the book "Sleep Paralysis: Historical Psychological, and Medical Perspectives" (Oxford University Press, 2015). You're most likely to experience dreaming during REM sleep, he said, and the body actually becomes paralyzed "presumably so you don't try to act out your dreams."

During an episode of sleep paralysis, a person becomes paralyzed for seconds or minutes just as they're falling asleep or waking up. While frozen beneath their bedsheets, many people also experience vivid hallucinations.

IS ROADKILL A HARMLESS ALL-YOU-CAN-EAT BUFFET OR GAME OF RUSSIAN ROULETTE?

Sleep paralysis may also cause people to feel pressure on their chest, or feel as though their body is moving without them directing it, according to the American Sleep Association. Sometimes people find the out-of-body hallucinations pleasant and feel as though they're weightless, but more often, the sensations can be quite disturbing. Like paralysis, these hallucinations may also be a lingering manifestation of REM sleep.

"We know the amygdala is highly active in REM, which is important to fear and emotional memory," said Daniel Denis, a postdoctoral scholar in psychiatry at the Beth Israel Deaconess Medical Center in Boston. "You have part of the brain actively responding to fear or something emotional, but nothing in the environment to account for that. So the brain comes up with a solution to that paradox." That's one possible explanation, he said; but the actual cause of the hallucinations is still unknown.

A myriad of factors, including substance use, genetic factors, a history of trauma, a psychiatric diagnosis and poor physical health and sleep quality, may increase the risk of developing sleep paralysis, according to a 2018 review. The frequency and severity of episodes has also been linked to anxiety-like symptoms and sleep deprivation.

"This may explain why [sleep paralysis] comes in waves or bouts," Denis told Live Science. "Episodes might coincide with a period of stress."

There is no set treatment for sleep paralysis, but doctors usually direct diagnosed patients to improve their sleep schedule and maintain a better bedtime routine. In more extreme cases, patients may be prescribed a low dose of antidepressants, according to the National Health Society of the UK. These medications may help mitigatemediate the symptoms of sleep paralysis by suppressing certain aspects of REM sleep, Sharpless noted.

So, what should you do if you experience sleep paralysis?

"If you have rare episodes of sleep paralysis, but haven't been seen by a sleep specialist, make sure your sleep hygiene is solid," said Shelby Harris, director of Behavioral Sleep Medicine at the Sleep-Wake Disorders Center at the Montefiore Health System in the Bronx, New York City. "For example, sleep paralysis can be a sign that you're sleep deprived,"

Harris suggested that people experiencing sleep paralysis should make sure to get enough sleep on a regular basis, avoid alcohol, nicotine and drugs all night, starting 3 hours before bedtime. They should also limit caffeine after 2 p.m. and keep electronics out of the bedroom.

"If these things don't help, and you're having episodes that are becoming somewhat more frequent, see a sleep specialist to see if there's any underlying medical disorder that might be causing the sleep paralysis," Harris said.

Learn more about sleep paralysis from the University of Washington Medicine's "Right as Rain." Here's another perspective from UW Medicine.

Read more about narcolepsy from the Mayo Clinic.

Learn more about other conditions that may cause hallucinations from Healthline.