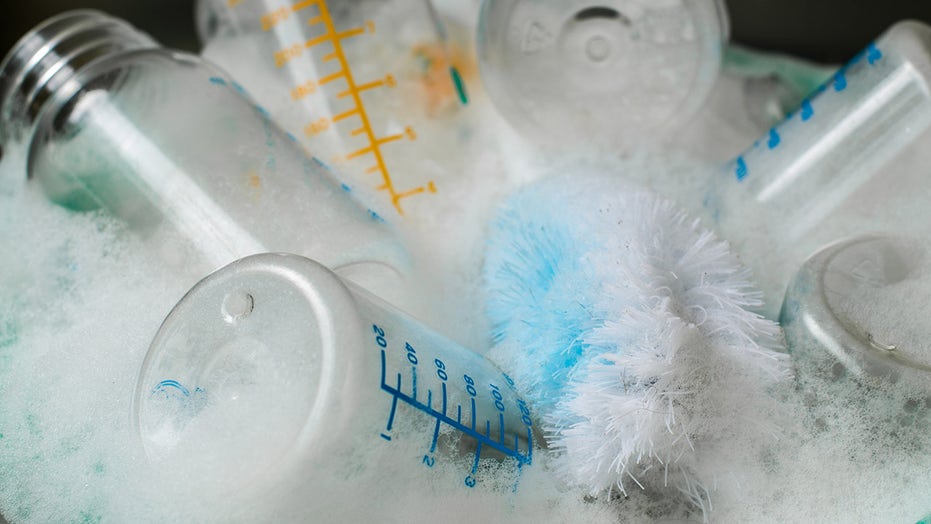 Get this man a patent application.

A new dad in Nebraska has invented a genius hack for cleaning his triplets’ baby bottles — by attaching a scrub brush to his power drill.

FUNNY: TODDLER TIPS OVER WHILE SHOVELING SNOW, HAS A BIT OF A 'STRUGGLE' GETTING UP

Aerol Peterson, a parent to 7-month-old triplets, was caught demonstrating his new technique by wife Christy Gammel Peterson, who recently shared footage of her husband’s idea on Facebook.

“I come home from grocery shopping to this...” Christy wrote, alongside footage of Aerol cleaning the bottles in the sink.

“See? It works beautifully,” he tells Christy, who can only manage to say, “I can’t…” before Aerol cuts her off.

The clip, which was uploaded to Facebook on Jan. 7, has since been viewed 7.7 million times.

Aerol and Christy welcomed their triplets in June, and told 1011Now that they’re pretty much on baby-duty non-stop.

"We feed them seven times a day, every three hours, so 21 bottles," Aerol told the outlet. "After doing dishes for so long, I got tired of doing one after another by hand, so I thought, 'You know what, I wonder if this will fit in the drill. So I put it in the chuck, and it worked."

Christy added that, even though she was surprised enough to start filming, she wasn’t really all that phased by Aerol’s baby-bottle idea.

"He does crazy stuff like that all the time," the new mom told the outlet. "It's never a dull moment with him.”