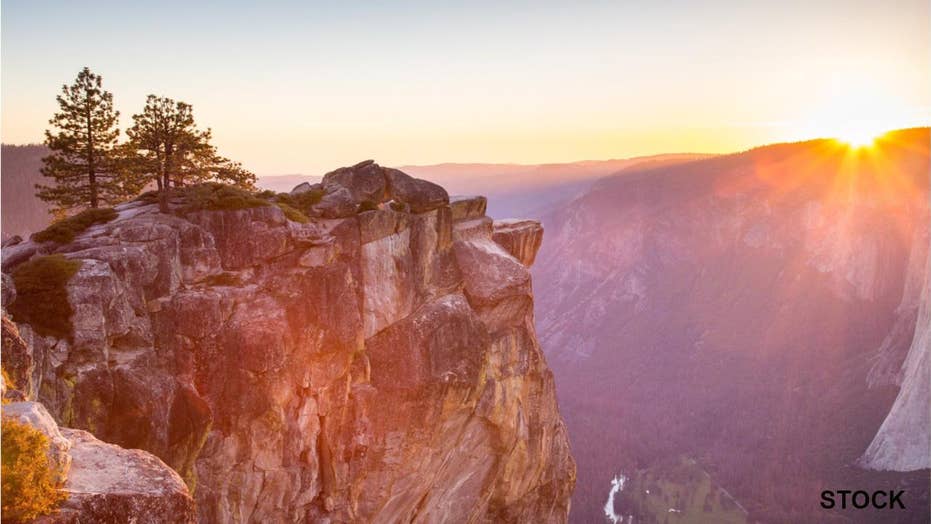 A Michigan-based photographer captured a stunning photo of a mystery couple's proposal at Yosemite, but now is asking the internet for help in locating them.

The mystery is finally solved.

Michigan-based photographer Matthew Dippel announced Saturday that he located the couple whose proposal he captured in a breathtaking photo at Taft Point in Yosemite National Park — nearly a month after clicking the shutter button.

Dippel identified the duo as Charlie Bear and bride-to-be Melissa, and said he hopes to meet the “happy happy couple” in person in the future.

VILLAGE UNITES TO RAISE 14 PUPPIES AFTER THEIR MOM DIES: 'IT'S AMAZING TO SEE'

“UPDATE: I FOUND THEM. Everyone meet, Charlie Bear and his fiancé Melissa the happy happy couple that was out on the point in my Taft Point Proposal,” Dippel wrote on social media. “In short, I captured the second proposal, the more special and official one in Charlie’s words. Huge congratulations to you two.”

“I wish I was able to meet you in person and hug you. I’m glad I finally found you to share this special moment with you, thanks for being so awesome, maybe one day we will finally meet in person!” he added.

On Oct. 6, Dippel was at Yosemite National Park when he snapped a man getting down on one knee to propose to a woman wearing a dress at Taft Point, a popular viewpoint. Dippel later enlisted the help of the Internet after having no luck in locating the couple.

But after a few days, there were still no responses, and Dippel’s hope in locating the duo began to waver.

“At this point I’m beginning to believe they have seen it and choose to remain unnamed,” the photographer wrote in an update on Thursday.

Charlie told FOX17 he found the photo Friday night while looking at a local news site in California.

“I stumbled across our picture being posted and I was like, ‘Holy crap that’s us, I read the caption and then I tracked down Matt and I reached out to him. But we were totally unaware of this entire thing. It was so shocking,” Charlie told FOX17.

As for the proposal, Charlie said he asked Melissa to marry him earlier in the year surrounded by family members. He decided to do the second proposal because he wanted a more personal moment.

Charlie also commented on Dippel’s post on Saturday, saying he only had pictures of the second proposal taken by friends with their own camera and phones.