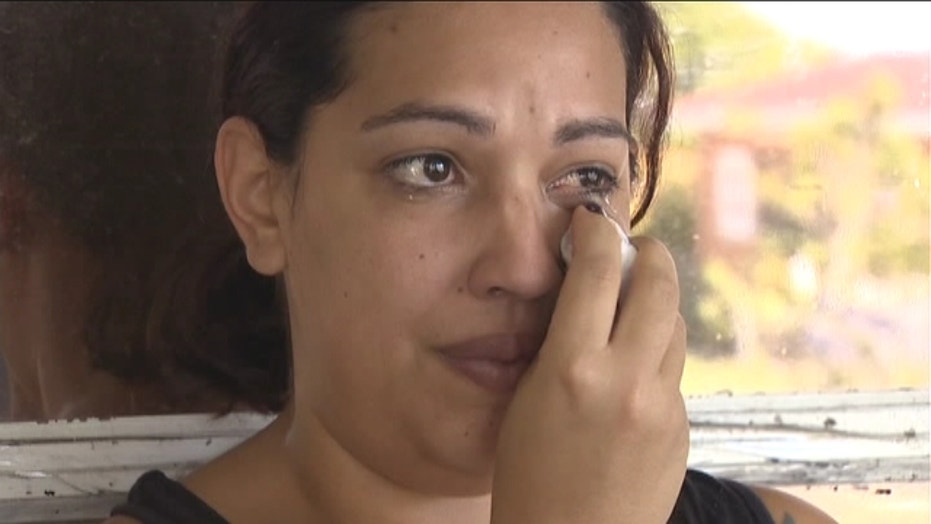 A mom desperate to feed her family shoplifted at a local grocery store but instead of arresting her a police officer went beyond the call of duty to help the struggling single mother.

A struggling mother stopped by a police officer for shoplifting is receiving help from the public, less than one day after her story made national headlines.

Jessica Robles said she made the decision to shoplift $300 worth of groceries at a South Florida Publix out of desperation. She said she found herself in that situation after realizing she had no money left for groceries and had to feed her three kids.

"Not fun, to see my brother in the dirt hungry, asking for food, and we have to tell him, 'There is nothing here,'" said a tear-stricken Anais, Robles' 12-year-old daughter, as she recalled how she had to tell her little brothers, ages 2 and 5, that they were out of food.

Robles was stopped by Miami-Dade Police Officer Vicki Thomas, but instead of taking her into custody, Thomas ran her criminal history and found nothing major, so she charged her with a misdemeanor and a notice to appear in court.

Thomas went the extra mile and purchased $100 worth of groceries for Robles and her three children. "I made the decision to buy her some groceries because arresting her wasn't going to solve the problem with her children being hungry," she said.

After 7News aired the compelling story Monday, viewers across South Florida stepped up to assist Robles.

A viewer offered to take Robles shopping at Walmart on Tuesday. "You have $700, $200 from me and $500 from Restoration 1 of Miami, so you can pick out anything you want," said Mayra Lapierre, who accompanied Robles inside the discount department store.

"I don't even know where to begin," said Robles as she pushed her shopping cart through the produce section.

"She has three kids, she [needs] food; you have to help out sometimes," said Joel Roman, also from Restoration 1 of Miami, a service company that specializes in water and fire damage restoration.

Lapierre said she empathizes with the single mother. "I've been there," she said. "I've had plenty of times where I've had to say [to] my kids, '[Drink] a glass of water, let's go.'"

The Restoration 1 representatives gave Robles the money left over from her shopping spree. "You have $271," said Lapierre, as she handed Robles the cash.

"Thank you so much," replied Robles.

"You're going to be doing customer service, answering phones, taking messages," Challenor told Robles, who came prepared with her résumé.

After the interview, she was offered the customer service representative position right on the spot. "We'd like you to start Monday, if that's possible," said Challenor.

Thanks to the action of some local Good Samaritans, Robles said, her children will never have to go hungry again. "There's no words I could tell you right now," she said as she fought back tears. "I'm grateful that you took the time and helped somebody out, especially somebody like me."

For more stories go to wsvn.com