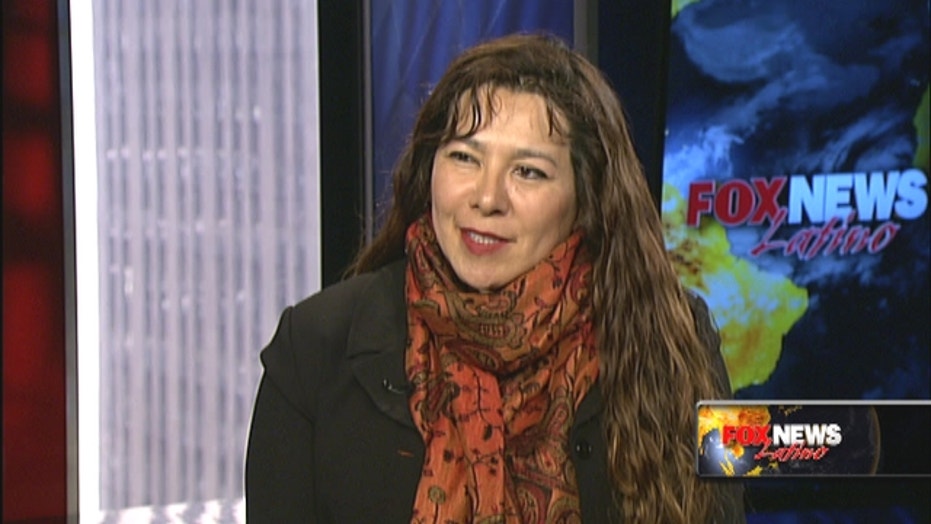 The documentarian María Agui Carter came across an odd journal in “the bowels of Widener Library at Harvard University,” as she told Fox News Latino earlier this year.

Its story, Agui Carter said, “is about a Latina teenager who is sent from Cuba to New Orleans in the 19th century to study, and when the American Civil War breaks out, she follows her husband” to battle.

“She chops off her hair,” Agui Carter went on, “she dresses as a man and joins the Confederate Army ... Over the course of those years, she became a Union spy.”

Why had she never heard of Loreta Velazquez? she wondered. “She’s been erased from history for 150 years,” Agui Carter told FNL.

For the next 12 years, the filmmaker would work on bringing Velazquez’s story to the public, first in a full-length documentary called “Rebel,” which aired on PBS in 2013, and this year in a short film for the U.S. National Park Service (NPS) that has been featured at more than 15 parks.

“We asked María for a 15-minute version,” Margie Ortiz, an NPS public affairs specialist, told FNL, “and that includes a website where teachers can stream the film or form lesson plans around her story.”

Ortiz calls Agui Carter “a true American storyteller,” and says that the response has been “phenomenal. One of the park supervisors who is concerned with connecting with the Latino community told me, ‘This is the first project that got us to where we wanted to go for a long, long time.’”

Kimberly Szewczyk, the Chief of Interpretation and Education at the Women’s Rights National Historical Park in Seneca Falls, N.Y., said that when they screened the full “Rebel” movie earlier this year, the response was huge. "We were so pleased at the large, incredibly diverse turnout," she said.

While Velazquez’s story is exceptional, it isn’t entirely unique. About a thousand women Civil War soldiers, on both sides of the conflict, have been uncovered. There are probably many more.

Apart from Velazquez, “we only know about the ones who got caught,” Szewczyk said.

She believes that part of the success of the project is Agui Carter’s ability to get the audience to connect with Velazquez.

“She goes through so much in her lifetime,” Szewczyk told FNL. “She chooses to remake herself and in the process makes her life significant.”

Szewczyk was talking about Velazquez, but what she said also holds true for Agui Carter.

Born in Ecuador, she was brought to the United States illegally as a child in 1970. Her mother worked as a seamstress in New York City, raising her daughter alone.

“The name they called me wasn’t ‘Dreamer,’” Agui Carter joked. She was able to obtain permanent residency, graduated from Harvard and worked at WGBH TV in Boston before launching herself as a documentarian.

Her dramatic monologue, "14 Freight Trains," premieres at the Arena Stage in Washington, D.C., on Oct. 21, as part of its "Our War" project.

"It's a meditation on the meaning of 'citizenship' by the ghost of the first American to die in Iraq, José Gutierrez," she told FNL recently via e-mail, "who arrived in L.A. having travelled 2,000 miles over three years on 14 freight trains. He received his citizenship posthumously."

“Immigration is a deeply complex issue,” the filmmaker told FNL. “It gets at the heart of who we are as a nation and a democracy.”

She added, "Unfortunately, the debate over immigration now is so lost."