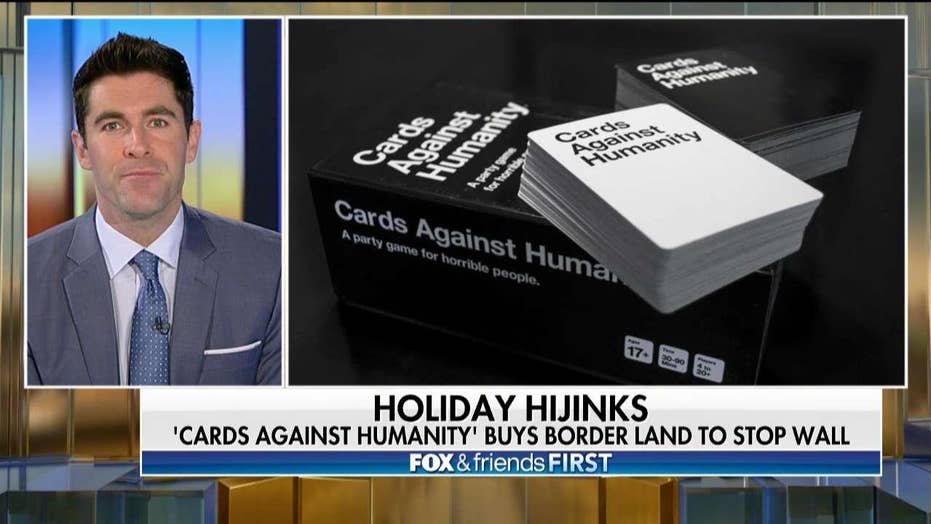 Listed online as the “Jew Pack,” a description of the game reads: “Fun fact: 100% of the Cards Against Humanity writers are Jewish. Can you believe it? A Jewish comedy writer! Anything is possible in 2017.”

“Fun fact: 100% of the Cards Against Humanity writers are Jewish. Can you believe it? A Jewish comedy writer! Anything is possible in 2017," a description next to the "Jew Pack" expansion of the game reads.

The game most recently sparked outrage after Twitter user @mlonpolitics posted photos of the pack online, and called out superstore Target for selling it.

“Available at your local @Target,” the user wrote. “Despicable beyond.”

In a statement to Fox News, a spokesperson for Target said: “We are aware of this extended card pack of the game Cards Against Humanity and are in the process of removing it from our stores. We apologize for any disappointment as it is never our intention to offend our guests with the products we carry.”

The Twitter user also called out competing chain store Walmart, which, as of Thursday night, had the game available to purchase on its website.

However, as of Friday after this article was published, Walmart appeared to pull the game from the online store. Amazon also appeared to remove the item from its website as well.

Fox News reached out for a comment from Amazon but it was not immediately returned.

Cards Against Humanity’s “Jew Pack” isn’t the first time the company has been criticized.

The company made headlines last month when one of its items — a potato-chip product known as “Prongles” — was confirmed by Cards Against Humanity’s creators to be inspired by President Trump and have a “political message.”

Before “Prongles,” the company said it purchased land on the U.S.-Mexico border and hired a lawyer to try to stop Trump’s attempts at building a border wall.

Fox News’ Michael Bartiromo and The Associated Press contributed to this report.