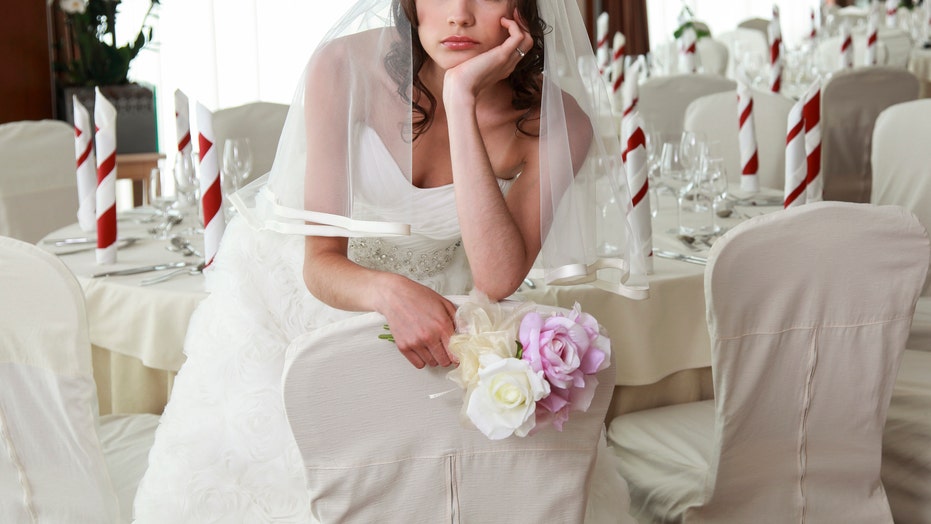 Not surprisingly, a bride-to-be doesn’t want to be upstaged on her big day by sports.

According to a post on a Mumsnet forum, a wedding scheduled for the same day an important soccer game is causing major controversy among some of the guests. Apparently, some attendees were hoping to be able to attend the wedding and watch the game at the same time. For some reason, however, the couple getting married weren’t thrilled with the idea and decided not to stream the soccer game during their wedding.

The anonymous guest posted that she and her husband are “attending a wedding the day of the champion leagues final, now Liverpool has gotten to the final, (my husband) understandably wants to watch it. The majority of people attending are from Liverpool and the surrounding areas, my (husband) included. The couple getting married have now put out a notice saying that they have chosen not to screen the champions league, and they do not want anyone to ask for it to be put on, to leave and watch it or to be watching it on any devices and to please respect that this day is about them.”

“On one hand, I get it. It’s your wedding day. You want it to be about you,” the post continued. “But (my husband) and his brothers aren't willing to miss such a massive game and are now trying to work out a plan to be able to watch it and then return to the wedding after. It ended with DH and I having a bit of an argument because I think it's extremely rude to leave, watch the game and return. It's just been left with they will be watching and that's that, they think the bride and groom are being unreasonable to put a blanket ban on the whole thing and not just show it on a TV in the bar. There are over 200 guests invited to the wedding. Who's being unreasonable?”

The bride-to-be is worried guests will abandon her wedding for a soccer game.

The responses have been fairly divided. Some users side with the bride, with one saying “the bride and groom are obviously not wanting half their guests disappearing in the middle of their wedding, a day they will have been planning for months, to watch a soccer game. I actually feel for them that they are worried enough about it that they’ve had to send the message to preempt.”

Some people took a practical approach, like this user who replied, “I don’t think there is anything the bride/groom can do. If people want to watch it they will. Probably better to put it on one TV in the corner of the bar, leave all the men over there and rest of reception can carry on.”