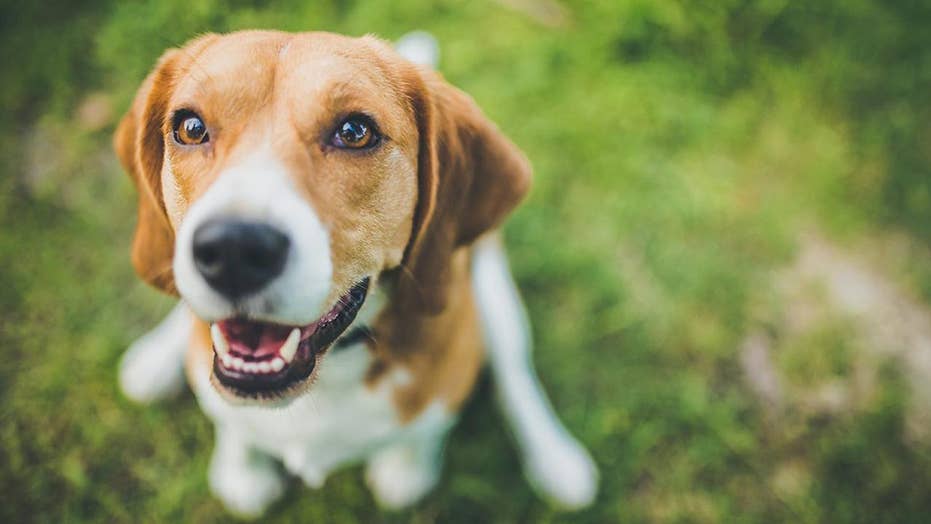 When a beagle named Molly lost her litter of puppies at birth, Molly's owners said the mourning beagle moped around constantly. Until one day when Molly met Poss, a baby possum who had apparently been abandoned by its mother. The wayward possum latched on to Molly's back, and has mostly remained there ever since.

Here’s a story of interspecies love so sweet, you might want to check your blood sugar levels after reading.

Molly, a beagle who lives with owners Elle and Sara Moyle in Victoria, Australia, recently lost her litter of puppies at birth. For days, the Moyles said, the mourning beagle moped.

Then she met Poss.

The Moyles don’t know how it happened, but one day they found their Molly had picked up a friend — a baby possum who had apparently been abandoned by its mother.

Poss, as the Moyles affectionately call her, had hopped onto Molly’s back, and she’s remained latched onto her new nurturer.

“They’ve been inseparable since,” Elle Moyle tells 9News Melbourne. “I think that possum thought Mol was her mother and vice versa.”

Now Molly has a spring in her step as she gambols about the Moyles Gazette cattle farm, and Poss is happy to ride along all the way — that is, when she’s not sleeping. Since possums are mostly nocturnal, she spends much of the day sleeping in the trees as Molly faithfully stands by.

And while most might not see possums as pests, the Moyles say they have no intention of shooing off the misunderstood marsupial.

Says Sara Moyle, “It’s certainly uplifted her mood, they both needed each other, I think, so it’s been a fantastic relationship.”