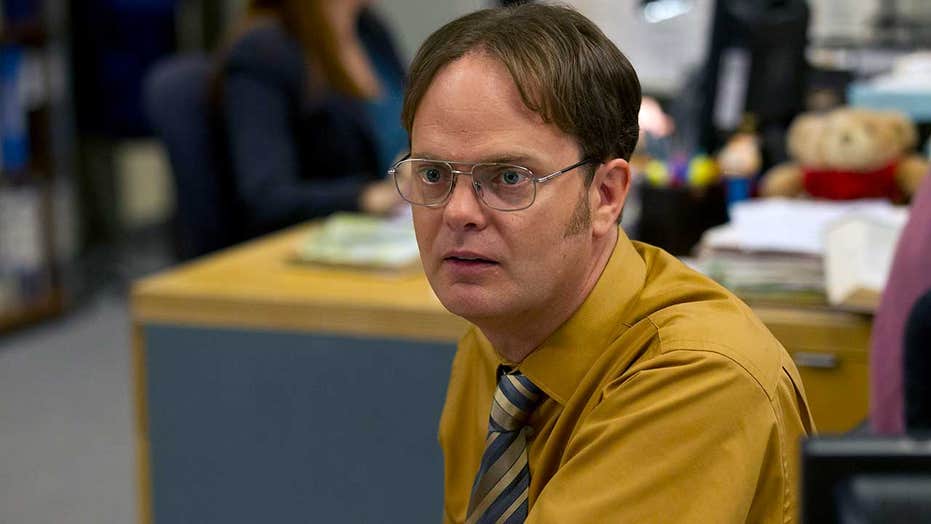 Identity theft is not a joke, baby.

An 8-month-old boy from North Carolina is already a top contender for this year’s best Halloween costume after his mother dressed him up as Dwight Schrute from “The Office.”

The boy’s mom, Jillian Sheffield, originally shared a photograph of her son Jackwell dressed as Dwight — complete with glasses, a shirt and tie, and his hair parted right down the middle — earlier this week on her Instagram page.

She also went the extra mile to decorate his surroundings with a desk lamp and an acrostic like the one Dwight composed in a deleted scene from the show.

“All you need is love. False. The four basic human necessities are air, water, food, and shelter,” she captioned the photo, quoting the character.

Sheffield and her husband are both fans of "The Office," and say they frequently play dress-up with son Jackwell. (Justin Lubin/NBCNBCU Photo Bank)

The idea was a hit on social media, with Sheffield’s post earning over 1,000 likes in just days. But that’s nothing compared to the nearly half-million likes it earned later in the week after Barstool Sports shared the picture on its Instagram page.

“How can a simple photo like this make my entire day?” one follower asked.

“This is amazing,” another chimed in.

Sheffield tells Fox News that she and her husband are big fans of "The Office," and frequently watch after they put Jackwell to sleep. "And of course we love Dwight, so we wanted to do something to honor that.

She also said she's dressed up Jackwell in other costumes ahead of the holiday — as evidenced by her Instagram account — and that she has more planned.

But whether Jackwell dresses as Dwight or not, there will likely be plenty of tiny Schrutes running around this year: The comments on Barstool Sports's post indicated that dozens of parents were banking the idea for Halloween, or at least next Halloween. Others were simply trying to convince their friends to dress their babies as tiny Dunder Mifflin assistant regional managers.

Sorry — assistant to the regional manager.

Alexandria Hein contributed to this report.