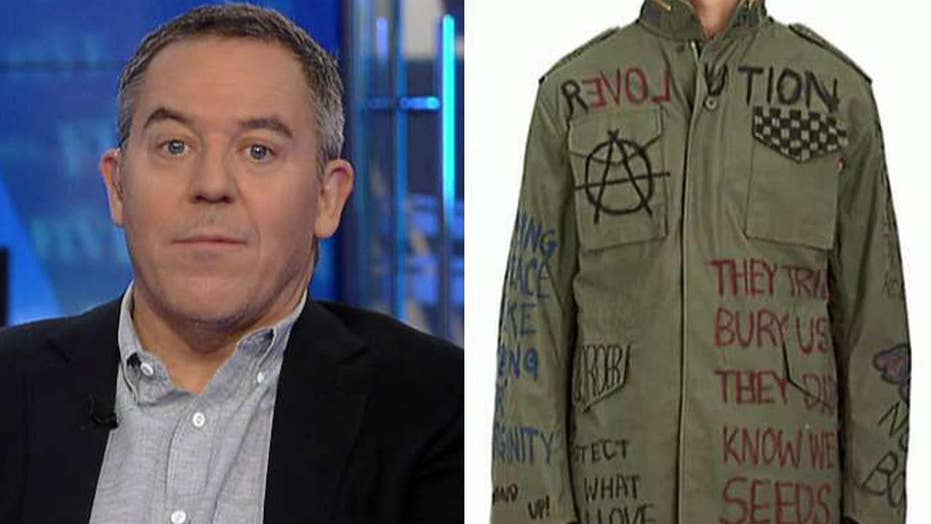 This isn’t the first time fashion and politics have come together, but this may be the least successful.

Now the $375 military-style canvas zip-up with “stand collar” and “snap flap patch pockets,” is getting slammed by the demographic it was trying to market to – antifa members and anarchists.

The olive green jacket, which is posed with designer distressed jeans and Doc Marten boots – a symbol of punk fashion – features a bold “Revolution” printed across the front, along with a sloppy anarchy symbol and other "edgy" phrases and quips.

Angelyn Fernandez, VP of Product at Alpha Industries, said in an e-mailed statement to the Daily Dot, “We have seen resistance to power and authority become a trend in our current pop culture and society, often expressed through fashion,” she said.

However, that attempt to capitalize on the pop culture “trend” of resistance to power is what has many outraged on Twitter. Some have questioned if the jacket is fake because of its bizarrely high-price tag (members of the antifa movement are usually against capitalism) and over-the-top look.

The commercialized jacket tries very hard to look authentically anarchist, while also costing nearly $400 and being mass-produced, but is not winning any fans.

Alpha Industries, which “started as a contractor for the U.S. Military,” said in a statement to Fox News, “Since 1965, the M65 field jackets have been a favored method to graphically express one’s opinion.”

“Alpha developed the Barneys M65 anarchy jacket to encompass the artistic and graphic expressions of individuality. Self-expression often inspires fashion, and fashion inspires self expression. Alpha Industries recognizes that the M65 field jacket has and will remain a canvas for all manner of self expression,” the statement continues.

People on Twitter aren't buying the "self-expression" angle. One user is even claiming this is an attempt to silence anti-facism members by making them “trendy.” While another is calling for a complete boycott of Barneys, who is selling the jacket.

Other Twitter users argue, however, that the coat will be purchased by "ANTIFA cowards" and "privileged Millennials."

Regardless, neither side of the political aisle seem to be interested in an outrageously priced jacket selling them a revolution.