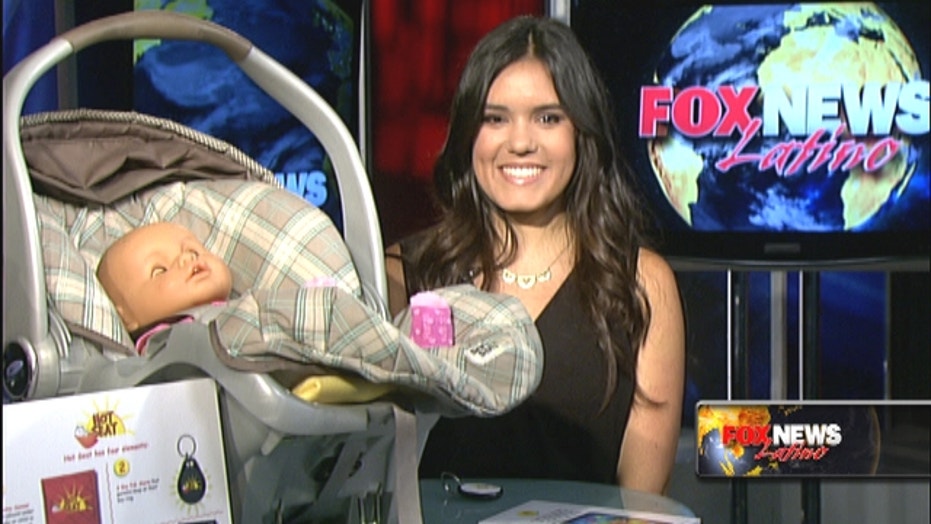 Alissa Chavez's “Hot Seat” works through a seemingly very simple mechanism. It is a sensor wrapped in a pad that needs to be placed underneath the car seat.

Alissa Chavez is riding the wave of sudden fame with a big smile on her face. At 17, she has patented a device she hopes will achieve her dreamed goal of not having one more child die because it was accidentally forgotten in a car by a busy parent.

Her “Hot Seat” works through a seemingly very simple mechanism. It is a sensor wrapped in a pad that needs to be placed underneath the cover of the car seat. This sensor communicates with a key fob and sounds a loud alarm whenever two things simultaneously happen: the sensor perceives any pressure, and key fob and sensor are more than 40 feet away from each other.

The product also includes an app for a cell phone and an alarm that can be attached somewhere outside the vehicle – say, under the bumper – to alert not only the parent but any passerby that could save a life.

“I hope my product will one day be in all car seats and we will not have to hear of any more children dying in hot cars,” Chavez told Fox News Latino.

Simple, straight to the point, good-hearted, the invention started drawing national attention in the last couple of weeks, almost immediately after the mayor of her hometown - Albuquerque, New Mexico - gave her the Good Samaritan Award on July 18 and the mayor’s press office started to publicize it. It also made news after the deaths of babies started to cascade once the summer heat kicked in.

So far this year, at least 18 babies have died in overheated cars after being strapped into their car seat and then forgotten by distracted parents.

“One Child Too Many” is Alissa’s slogan for her fundraising campaign to build a prototype that would get her project in the market. She is aiming for at least $20,000 and as of this posting she had raised $13,700 via the crowdfunding site indiegogo.

With her at all times is her mom, Anna, who is as thrilled as her daughter to see all this success. She has run a childcare center at home “since forever,” exposing Alissa to defenseless babies from a very young age – hence the urge “to find something to prevent those accidents from happening,” the young high school student explains.

Her mom says that Alissa has always had this inventive side in her: always wondering what would happen if, always wanting to improve stuff around her. Ever since 5th grade she’s been getting the top awards at her private school’s (Albuquerque Christian School) Science Fair, Anna Chavez told FNL.

However, when Alissa ends her senior year in 2015 she will not pursue engineering or any science-related career. In fact, she says, she is terrible at math and humbly holds a 3.0 GPA. She has made up her mind a long time ago: she will be a neonatal nurse.

In the meantime, she’s just letting herself roll with the overnight sensation she’s become.

“It’s been crazy. It’s been really good, though,” she said. “It’s gotten a lot of contributions for the prototype and I am very thankful for everybody who has supported me.”