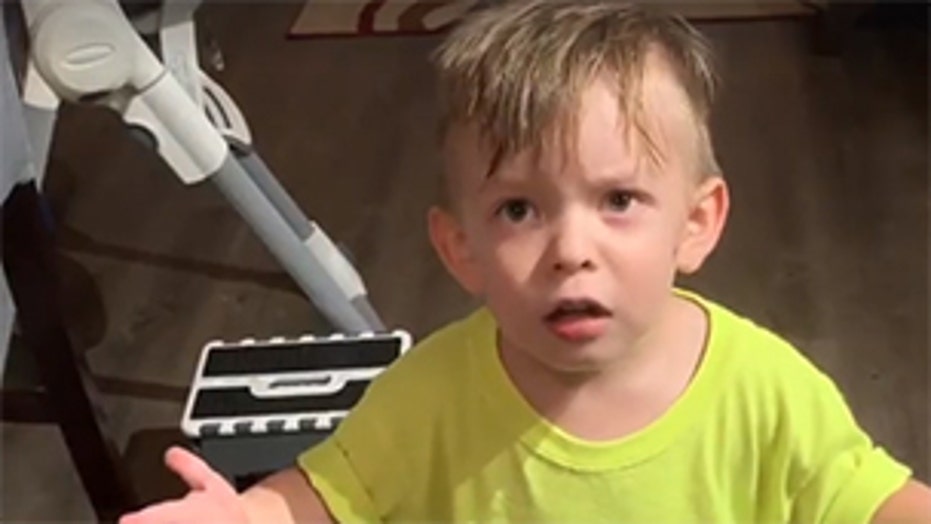 We bet she won’t be doing that again.

A mom in Jacksonville, Fla., recently shared footage of her 2-year-old son complaining about how she rushed off to work without giving him a kiss goodbye — and the adorable video is going viral.

HOTEL REUNITES GIRL, 10, WITH STUFFED ANIMAL SHE LEFT BEHIND ON VACATION

“After Alexander’s soccer practice I was in such a hurry to get back to work and my baby Alex was very upset he didn’t get the proper goodbye,” Diana Simos wrote on Facebook earlier this month. “He had a lot to say and my husband got it all on video,” she added.

In footage shot by Diana’s husband Christos, their son Alexander can be seen in disbelief, trying to tell Christos about Diana’s hasty departure.

“She didn’t give you a kiss?” Christos helpfully translates, seeing as Alexander is only communicating in short phrases and kissing noises.

“And she just went to work?” Christos asks his little boy. “What kind of mama does that?!”

Alexander seemed upset, too, that his mom didn’t kiss his dad goodbye, or even his newborn sister.

Diana said the video had her laughing out loud — and it apparently struck a chord on Facebook, too. The video, which was reposted by WJAX in Jacksonville, has been liked more than 45,000 times since being posted on Monday.

“Mommy u are in big trouble when you get home,” one Facebook user joked. “This is sooo sooo precious.”

“That was adorable and I hope momma doesn't forget to kiss those babies anymore,” another added.

For the record, Diana said on Facebook that the video broke her heart too, but she made sure to give Alexander his kisses when she got home.

'Definitely learned my lesson," she told Fox News. "Won’t leave for work before giving him a million kisses."