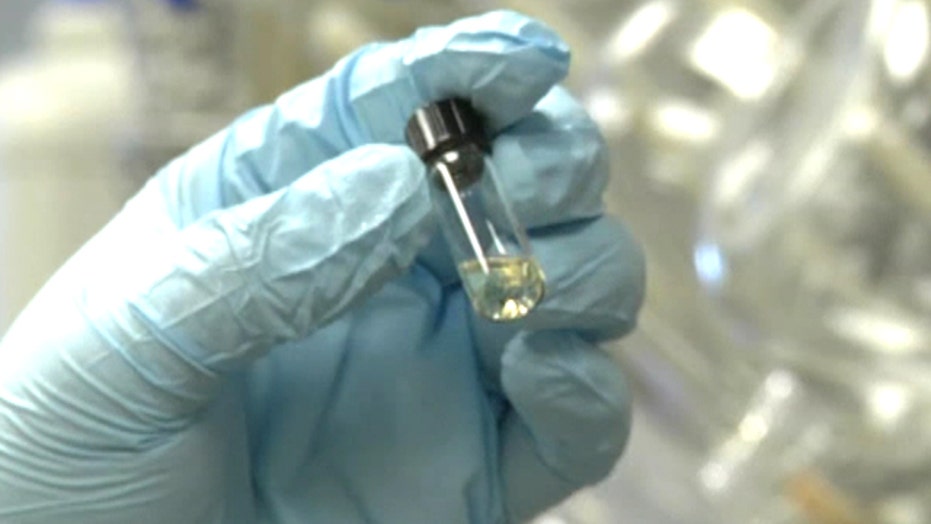 Human testing of an Ebola vaccine?

A bio-pharmaceutical company in Ames, Iowa has been given the go-ahead and funding from a branch of the Department of Defense to work toward human testing of an Ebola vaccine

AMES, Iowa – A biopharmaceutical company in Ames, Iowa has been given the go-ahead and funding from a branch of the U.S. Department of Defense to work toward human testing of an Ebola vaccine.

NewLink Genetics and their subsidiary, BioProtection Systems, were recently given a government contract from the U.S. Defense Threat Reduction Agency (DTRA), for $1 million to research and speed up the process to begin human clinical testing of their existing Ebola vaccine. As of now, the vaccine has only been tested on animals, like rodents and monkeys, and scientists have seen positive results. However, before a vaccine can be tested on humans, there are many time-consuming precautionary steps that have to be taken. With the deadly Ebola outbreak in West Africa, these processes are speeding up.

“Times change and so do perceptions of risk. So at this point, although there’s still a lot of attention paid to ethical issues, everyone is acting as it hits their desk,” said Dr. Jay Ramsey, clinical and regulatory compliance officer for NewLink Genetics.

NewLink Genetics and BioProtection Systems applied for a government contract last year and had their application sped up and approved when the outbreak began escalating. Since the outbreak, Ramsey told FoxNews.com, the process has been “much faster” than usual, with requests that normally took weeks or months, “being answered right away.”

“Well over 60 percent of people will die if exposed [to the Ebola virus]. It becomes clear that the greater risk is not necessarily from testing a new drug, but from not testing,” said Ramsey. “So as a consequence, it’s easier to get clinical studies started and volunteers are more likely to show up because they have an interest in receiving protection against the disease.”

The BioProtection Systems vaccine, called by its lab name, BPSC1001, works by causing the body to create a strong immune response to the Ebola virus.

“In the case of our vaccine, we believe you get a rapid, strong, and relatively long-lasting immune response which would protect you from infection by Ebola virus,” said Ramsey, drawing on evidence collected in primate studies of the vaccine.

According to the World Health Organization, the Ebola outbreak in West Africa has claimed more than 1000 lives and sickened many more. Two Americans are among those infected with the deadly virus after they were working in Liberia on a missionary trip. Both of those Americans are now back on U.S. soil at Emory University Hospital in Atlanta where they are being treated in isolation units. They were both voluntarily given an experimental serum, ZMapp, before they left Liberia. And while their conditions seem to be improving, medical experts caution it is too early to know if ZMapp is the cause.

Other Ebola treatments have made their way into the national spotlight in recent weeks. Another compound that could be used for treatment is still being studied at Auburn University. Researchers there told FoxNews.com that their compound, called WY3161 by its lab identification number, could help the body’s immune system fight back against Ebola, adding that the treatment will not be ready for current patients, but they hope to be able to put it to trial in the future.

When asked about the Auburn University research timetable compared to NewLink Genetics’, Ramsey wouldn’t give a estimate of how quickly their vaccine could help patients. However, he did add that the company thinks they can have an impact on the virus “substantially sooner [than Auburn].”

Ramsey told FoxNews.com he believes the NewLink and BioProtection Ebola vaccine will be one of the first to make it to clinical trials on humans. His hope is the trials will be successful so that the process of manufacturing the vaccine can begin. Although he cannot say how long exactly that would take.

NewLink Genetics has been working on an Ebola vaccine for years, but the government contract will help speed up their research. The $1 million is only the first part of funding that is available should the vaccine be successful and make it to human clinical trials.