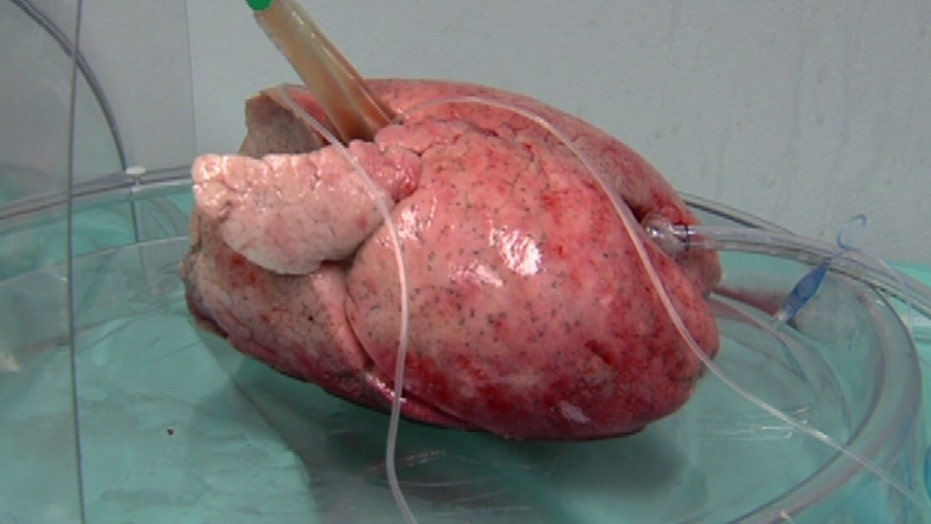 Bringing lungs back to life

Eighty percent of donated lungs can’t be used for transplants because of injury or other problems. Researchers at the Cleveland Clinic are using an experimental process to help revive those lungs that would otherwise be deemed unusable

Each year, approximately 1,700 lung transplants are performed in the United States.

That number could be a lot higher, but only a very small amount of donor organs are suitable for transplant.

“Right now, we are only able to use about 20 percent or so of lungs from those donors,” said Dr. Kenneth McCurry of the Cleveland Clinic. “Obviously, that limits how many patients we can transplant, and there are still patients who die waiting to get organs on the waiting list.”

McCurry, the program and surgical director of heart and lung transplantation at the Cleveland Clinic, said injury, infections and water in the donor lungs make them unusable.

Doctors believe many of those lungs can be revived and eventually used to save patients’ lives.

In his lab, McCurry uses a miniature heart-lung machine to pump solutions and oxygen through the lungs, bringing them back to life.

“Of all the organs that we have taken to our lab and used on our machines or resuscitated on our machines, about 50 to 60 percent of those, after a few hours, have improved to the point that we would think they can be transplanted,” he said.

It takes between two to six hours for the lungs to be regenerated, and although the process is still experimental, McCurry said he hopes it will become FDA-approved this year.

Other countries – like Canada – are using similar technology and transplanting the restored lungs with success.