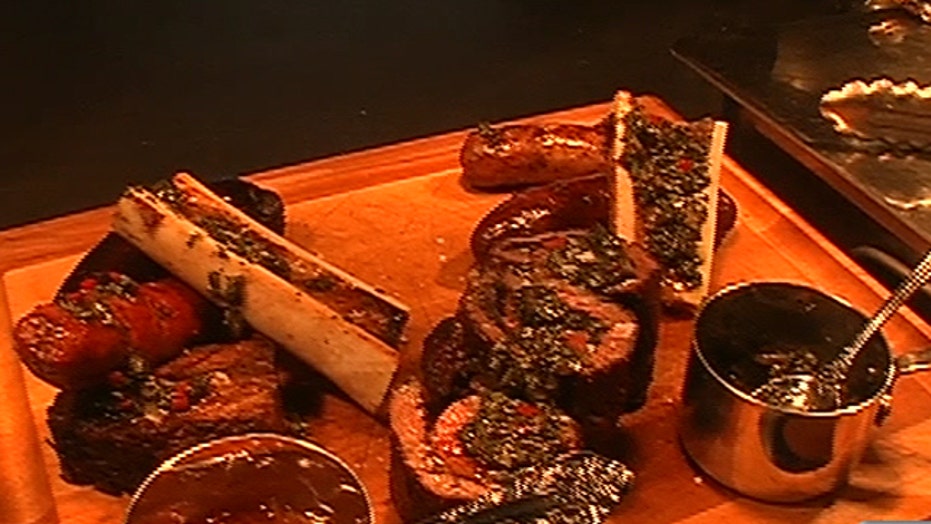 “The grill kind of kisses everything that goes onto a plate in our restaurant.”

In 2013, Esquire Magazine named Del Campo one of the best new restaurants in the U.S., and it has quickly become a D.C. favorite.

When Kitchen Superstars caught up with Albisu, he told us that spending countless hours in his mother’s butcher shop as a boy was his introduction to food.

“My mother is Peruvian, so this is all very much the food of my upbringing,” he said. “And it's something that has come very natural to me.”

Even the restaurant’s name, Del Campo, which means “from the country” in Spanish, is nod to Albisu’s heritage. It’s a tribute to his grandfather.

“Whenever I would get into trouble, or do something that probably was not the best thing at the time, my grandfather used to ask me if I was dumb or ‘from the country,’” he said. “When I named the restaurant, I wanted to give a final answer to him.”

Yet, Del Campo is nothing like country eating.  This fine-dining experience includes an array of grilled, herb-smoked delicacies presented on wooden boards. Whether it’s steak, brisket, bone marrow or even seafood, the grill is the star of this restaurant.

“The grill kind of kisses everything that goes onto a plate in our restaurant,” Albisu said.

It’s hard to think of Albisu as anything but a grill master.  Yet he earned a degree in international relations, and it wasn’t until after college that he became interested in a career in the culinary arts. He learned to infuse his Latin American heritage into his cooking when he studied at the famous Le Cordon Bleu in Paris.

Reading the menu at Del Campo, it’s hard not to notice the endless asado board selections, elevated to a new culinary level by Albisu’s use of herbs and smokers.

And his passion for Latin American food doesn’t stop at Del Campo.  In nearby Falls Church, Va., Albisu has a Mexican taqueria, Taco Bamba, which offers traditional tacos along with other chef-inspired offerings.

With two booming restaurants in the D.C. area, Albisu isn’t afraid of competition in this increasingly food-focused city.

“The restaurant kind of represents how I feel. I really know what diners in D.C. are in to, so I think that's been a real edge for me,” he said.

Elizabeth Saab contributed to this report.