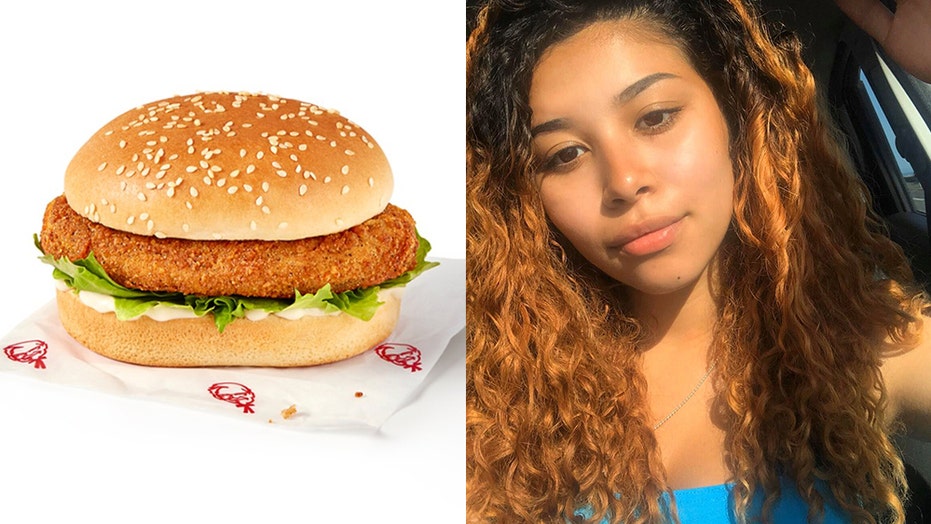 KFC U.K. has apologized to a vegan customer after she was accidentally served a chicken sandwich — before allegedly being subjected to ridicule upon notifying the staff.

Vanessa Franco, a lifelong vegetarian and resident of London, said she recently visited a local KFC drive-thru to try their new Original Recipe Vegan Burger, an item which began testing in U.K. markets in mid-June. After only a few bites, however, Franco noticed something was off.

"I realized the texture tasted different,” she said, per SWNS.

Franco returned to the drive-thru to inquire about the sandwich, only for an employee to confirm that it did in fact contain chicken, and not the plant-based “chicken” patty she was expecting.

Vanessa Franco, a life-long vegetarian who recently went vegan, said she was both "humiliated" and "traumatized" by the ordeal. (SWNS)

Instead of apologizing, Franco said the employee asked her why she ate three bites of the sandwich before putting it down. Franco responded by saying she’d been vegetarian her whole life, and wasn’t able to discern the difference right away.

Franco, who was still in her car with a sleeping child in the back, said staffers then beckoned her inside so she could speak to a manager. After waking up her son, Franco says she went inside, only to be told by a manager — who “didn’t apologize and laughed” — that she “should have known it was chicken.”

The manager reportedly gave her the correct vegan burger.

Franco said she was humiliated by the ordeal and felt “traumatized” by both the staff’s actions and the fact that she ingested meat. (As reported by SWNS, Franco suggested that eating meat was against her religion.)

A representative for KFC U.K. was not immediately available to comment. According to a statement obtained by SWNS, the chain apologized and offered Franco a free meal.

“This isn’t great and we’re really sorry for what happened here,” the chain’s statement began. “Our vegan burger launched last month and we took its arrival seriously — putting strict new processes in place to make sure it’s served properly, including the use of separate colored tongs and storage units.

“We’re following up with the team to remind them of the importance of getting this right and will be offering the guest a free meal on us to put things right.”

The Original Recipe Vegan Burger was added to KFC U.K. and Ireland’s permanent menu in Dec. 2019 “following a staggeringly successful trial in London, Bristol and the Midlands” earlier in the year. On the chain's website, the sandwich is touted as having a Quorn filet, made by a plant-based “meat” company of the same name, which is then coated with the Colonel’s signature 11 herbs and spices.

The Original Recipe Vegan Burger, made with a Quorn filet, was added to KFC U.K. and Ireland’s permanent menu in Dec. 2019. (KFC U.K.)

“The Colonel was all about welcoming everyone to his table — now vegans, flexitarians and our fried chicken fans can all enjoy the taste of our Original Recipe together," said Ira Dubinsky, the innovation director at KFC U.K. and Ireland, in a press release issued in December. "We’ve worked hard to perfect the flavor and make a Vegan Burger the Colonel would be proud of. It’s the flavor of KFC, just with zero chicken."