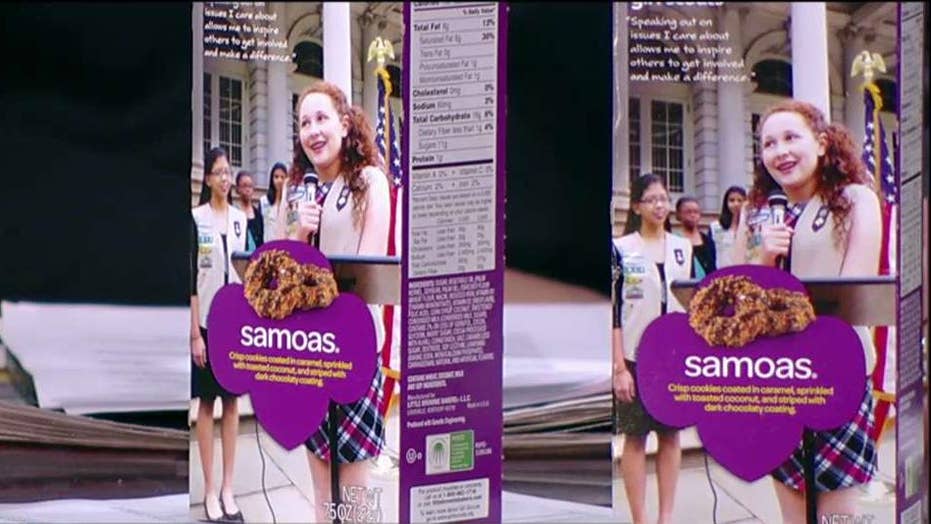 Girl Scout Charlotte McCourt on the unique way she sold so many Girl Scout cookies and her efforts to send cookies to U.S. troops overseas.

Christmas might be the “most wonderful time of the year” but there’s another season that comes in close second: Girl Scout cookie season.

It’s a tradition that started in 1917 by the Girl Scout organization as a way to raise money and teach young girls business skills. But it’s grown into a nationwide phenomenon as every year from January to April, people flock to grocery store parking lots to find the tables run by local Girl Scouts and stock their pantries (and freezers) with the familiar colorful packages. Missed the pre-order? Try these copycat recipes at home.

Numerous flavors have come and gone throughout the 100+ years that the Girl Scouts have been selling cookies… but which type is actually America’s favorite? It’s a divisive topic, something that cookie fans feel very strongly about. There are those who love the tangy taste of the Lemonade cookies while others swear by the creamy peanut butter filling and chocolate coating of traditional Tagalongs.

According to the official organization website, the best-selling Girl Scout cookie is the Thin Mint. There’s something about the fresh flavor and crunchy chocolate that we all love, especially when paired with a glass of cold milk. Each bright package goes for $5 and contains about 38 cookies (they won’t last long, promise!).

The Thin Mint cookie is so popular (the Girl Scouts sold 50 million boxes of these in 2013 alone) that it has been turned into other products as well. Dunkin Donuts now sells Thin Mint iced coffee and you can snag a box of Thin Mint cereal during your next Target run. Yoplait recently released a Thin Mint yogurt and donut shops across the country are creating confections with that popular mint chocolate combination.

It’s a nostalgic cookie most (if not all) of us have enjoyed at some point or another. But if you’re missing out on the fun because of a dietary restriction, no worries—the Girl Scouts recently introduced gluten-free cookies (Trios and Toffee-tastic) and select versions of the cookies are vegan, so everyone can enjoy the popular treat.

And while the Thin Mint might be the organization’s best-seller, the S’mores flavor—launched in 2017 in celebration of 100 years of selling cookies—became the most popular Girl Scout cookie to ever be released. And they’re super good. Looks like Thin Mints might have some competition…

This article originally appeared on Taste of Home.