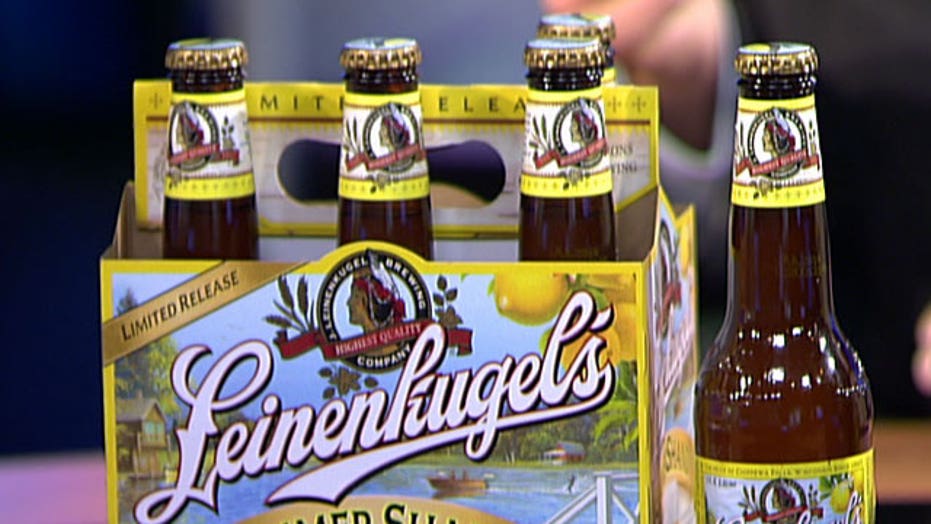 Some die-hard beer lovers would balk at the idea of mixing craft beer with soda.  But that's exactly what Jacob Leinenkugel Brewing Company wants you to do.

A shandy, which is half-beer and soda (usually Spirit or lemon soda), is a popular drink the world over, but it's relatively unknown in the U.S.

Now, Leinenkugel, the fourth largest craft brewery in the U.S., is hoping to change that.

The Wisconsin-based, family-owned company founded almost 150 years ago, wants you to ditch the heavy brews of winter and grab a summer shandy for the hotter months ahead.

Company president Jake Leinenkugel and his son CJ, who stopped by our studios, said that they discovered the shandy in Germany about a decade ago and began selling it in 2008.

But the history of the drink goes way back.

"It started with a bicycle race back in 1922.  The bar owner was running out of beer and there was a lemonade stand nearby so he just started putting half lemonade in with the beer and the cyclists loved it,” said Jake.

With a low alcohol-by-volume of 4.2 percent, the drink is one of the company's most popular.  But Leinenkugel is on a mission to bring in new converts, and will get some help from its first nation-wide ad campaign.

"It’s all about bringing our beers with a crazy long last name that’s pretty hard to pronounce," Jake said. "It’s very exciting a time mostly for CJ and his generation in the family."

The Summer Shandy is also good for more than just drinking.  Jake explained how to use it to make great summertime dishes.

“It’s very refreshing and just pairs well with the beer.  But there’s so much you can do with beer in general, in particular with Summer Shandy,” he said.

For more on the Leinenkugel Brewing Company be sure to check out their website.