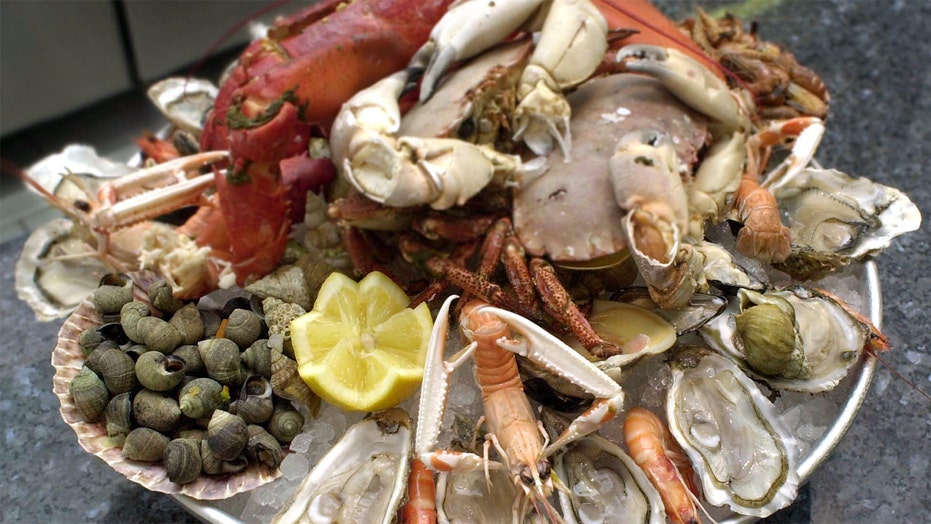 World Wildlife Fund warns seafood may be gone by 2048

Scientists studying oysters along the Atlantic Coast have discovered a critical clue to understanding why more seafood lovers are getting sick from eating shellfish.

Researchers at the University of New Hampshire have found a new strain of the bacteria Vibrio parahaemolyticus, the world's leading culprit of contamination in shellfish that, when eaten, causes diarrhea, vomiting and abdominal pain. In rare cases, people have died from contracting lethal septicemia.

Cheryl Whistler and her colleagues discovered the new strain ST631 and detailed their findings in the Journal of Clinical Microbiology . Previously only one strain of the bacteria was blamed for this type of food poisoning, which Whistler said is on the rise in New England and already is responsible for an estimated 45,000 cases in the U.S. each year.

Whistler said the new strain is endemic to the region but it is unclear how it evolved to become so dangerous. It has similar virulent genes to ST36, the strain long blamed for infections and which is believed to have come from the Pacific Northwest.

"It wasn't understood that there was a strain that lived in the Atlantic already that was causing increasing infections," said Whistler, the director of the university's Northeast Center for Vibrio Disease and Ecology. "We knew people were starting to get sick more frequently by unknown strains. It wasn't clear if every person was getting sick by a different strain. Are there a hundred different strains making people sick or just a couple making people sick?"

She partnered with the federal Food and Drug Administration and public health and with shellfish management agencies in five states on the study to discover the new strain.

"We were surprised to learn that it was so widespread," she said, adding that ST631 can thrive in a range of water temperatures from Florida to Prince Edward Island and the Gulf of Maine, suggesting a link to climate change.

The findings build on earlier studies showing the role climate change is playing in the spread of pathogens like Vibrio parahaemolyticus. An August report in the Proceedings of the National Academy of Sciences found that warming waters are linked to waterborne food poisoning, especially from eating raw oysters.

"There is a lot of evidence that there is changing climate and an expanding pathogen population because of that," Whistler said.

Rita Colwell at the University of Maryland did not participate in the UNH research but led the study published in the Proceedings of the National Academy of Sciences, and praised Whistler's work. She said the UNH study contributes to a growing body of evidence that global warming has "a measurable human effect."

"They have done a very nice job doing sequencing of the DNA and getting the DNA fingerprints so to speak," Colwell said. "The important aspect of it is they have good evidence that the strain that is circulating in the U.S. is in fact different from strains that are circulating globally ... They have also been able to track infections with it."

Public health officials are hoping the discovery of ST631 will give agencies along the Atlantic Coast and in Canada the data they need to develop tools to reduce the risk of food poisoning from the pathogen.

Already, Whistler and UNH colleague Stephen Jones have developed a model that can estimate the likelihood the bacteria is present in coastal New Hampshire oysters.

"Knowing that 80 percent of all reported illnesses are either ST36 or ST631 has helped us to target our environmental surveillance efforts on strains that cause illness," said Christopher Schillaci, an aquaculture and vibrio specialist for Massachusetts' marine fisheries division. "We can go beyond looking at total Vibrio parahaemolyticus in the environment."

He said the research also helps put the focus on how common aquaculture practices affect the levels of this pathogen in shellfish and on adjusting control measures accordingly.