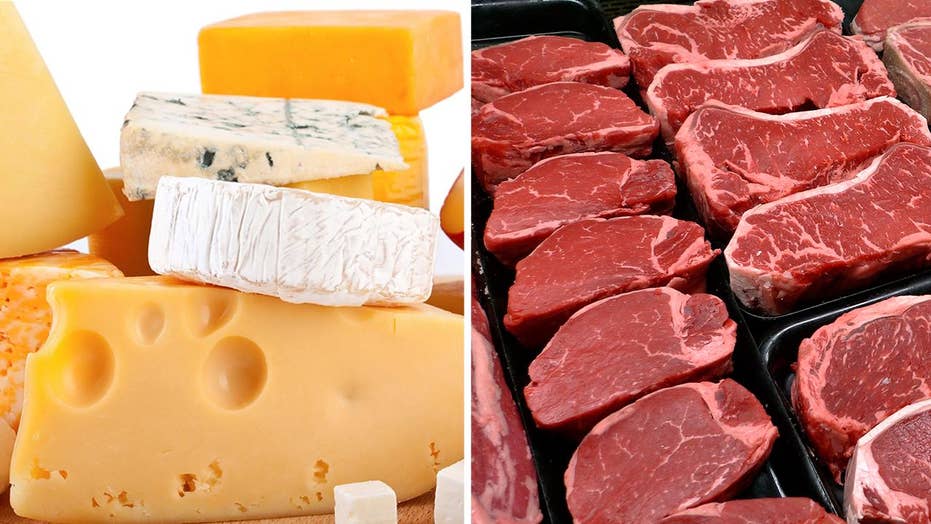 Study: Cheese and red meat are good for your heart

Researchers say eating both regularly can decrease the risk of an early death by 25 percent.

Grill up that steak and roll out a wheel of cheddar — because red meat and cheese are back on the menu for healthy living.

Researchers at McMaster University in Hamilton, Ontario, found that people who scarf down higher levels of red meat and cheese are likely to live longer.

People who had three portions of dairy and 120 grams of unprocessed red meat per day benefited the most, the research team found.

“Our findings on full-fat dairy and unprocessed red meat do challenge conventional thinking,” McMaster professor of nutrition and epidemiology Andrew Mente conceded to fellow researchers at the European Society of Cardiology conference in Munich, Germany.

Those eating the most dairy and red meat saw their chances of early death fall by 25 percent and fatal heart attack decreased by 22 percent, according to the researchers, who in their methodology accounted for differences in wealth and education, as well as other health habits.

“It’s protective up to the serving sizes that we’ve identified. We are saying three dairy and we are saying around one portion of red meat [a day], or white meat,” said Mente.

“Relative to carbs, I would say that saturated fat is beneficial — it’s pretty clear from this data.”

“Our results show that dairy products and meat are beneficial for heart health and longevity,” said Dr. Salim Yusuf, who teaches cardiovascular disease at the McMaster Medical School.

“This differs from current dietary advice.”

The researchers also said a healthy diet includes more than eight daily portions of fruit and vegetables and half-portions of nuts and beans.