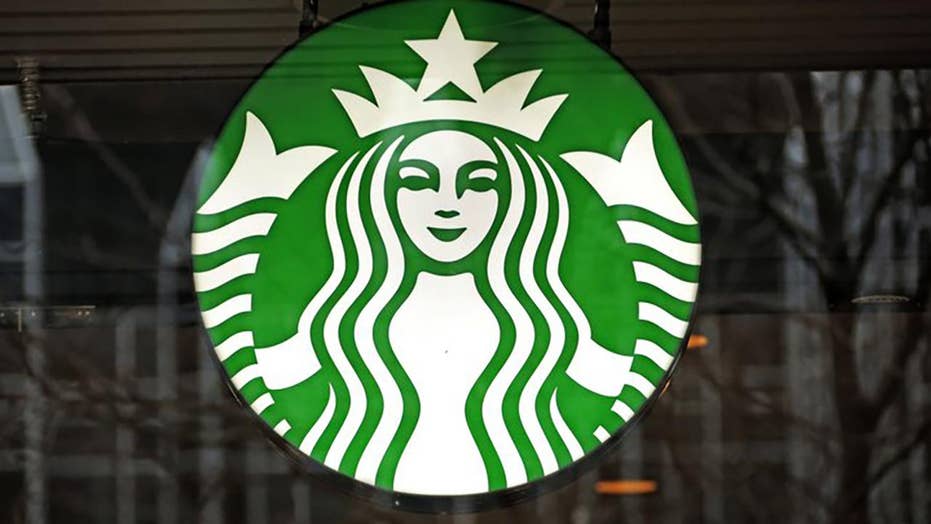 Starbucks corporate has apologized to Tempe police officers after a barista asked the group of six to move out of a customer's line of sight or leave; William La Jeunesse reports on the fallout.

Now this is pumpkin to talk about.

Though Starbucks is staying mum on the matter, rumors are swirling that the legendary Pumpkin Spice Latte drink will soon triumphantly return to menus everywhere. Fans of the gourdy-good drink can take heart in reports of pumpkin spice sauce returning to Starbucks’ backroom shelves by the gallon, while history recalls that the seasonal drink debuted shockingly early last year on Aug. 28.

In recent days, the festive flavoring has reportedly arrived by the box load, if Redditors claiming to be Starbucks employees, who have since shared photos of the spectacle, are to be believed.

Though Starbucks is staying mum on the matter, rumors are swirling that the legendary Pumpkin Spice Latte drink, pictured, will soon triumphantly return to menus everywhere (Starbucks)

Here we go... from r/starbucks

"Run" another joked the next day.

When contacted for comment, however, a rep for Seattle-headquartered coffee chain told Fox News that officials weren’t quite ready to reveal the big plans for this year’s PSL launch date.

In the meantime, the spokesperson advised pumpkin fanatics everywhere to stay patient – and caffeinated – with the company’s new Pumpkin Spice Creamer, which can be found at grocery stores.

Starbucks has toyed with "early release" and "official launch" dates for the fall-favorite drink in recent years, often releasing the drink around late August and early September, Business Insider reports.

To date, Forbes estimates that Starbucks has sold at least $300 million worth of Pumpkin Spice Lattes since the drink first debuted 16 years ago.

The latte, affectionately nicknamed the “PSL,” features the coffee chain’s signature espresso and milk, “highlighted by flavor notes of pumpkin, cinnamon, nutmeg and clove,” topped off with whipped cream and genuine pumpkin pie spices, according to a store menu.