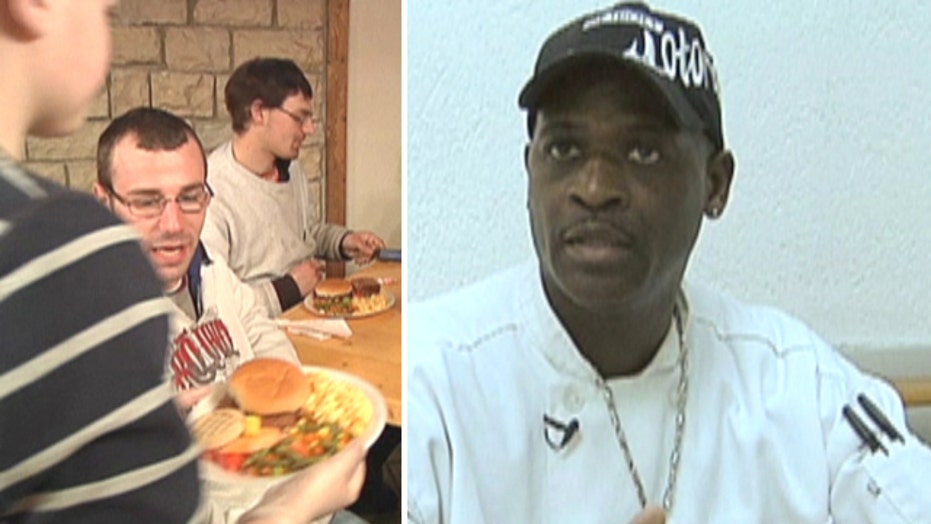 Once down and out, now feeding Des Moines

Lauren Blanchard shows us a chef that was once homeless, but now is using his new restaurant to help out the needy

DES MOINES, IA – He was once homeless in Detroit. But now a man in Des Moines, Iowa is using his newly opened pizzeria to give back to those who are struggling.

On Monday nights, Derrick Walton closes the doors to his restaurant, Chef D's Rock Power Pizza, to the general public and opens it to those who are in need of a hot meal. And it's not just a piece of pizza, but a full dinner with a protein, starch, vegetable and dessert. He wants those who are hungry and in need to leave with a full stomach.

Walton says it's part of a promise he made himself, that if he ever was able, he'd give back.

"I want to keep this going every Monday. This is not just once a month, this is every Monday," says Walton.

Volunteers help to serve the food and refill drinks. One volunteer, Toby Sovara, said this is the second week he's come by to help out.

"It's a good feeling to have someone who likes to volunteer, to do something like this for people that you don't even know, just out of your goodness of your heart. I hope people learn from this," said Sovara.

Walton said his time living on the streets made him determined to do good once he got back on his feet. He said he was met with many 'nos' while he was homeless.

"That's where that promise came from, if I get in a position to help people, not let them hear 'no' but hear 'yes,' I'm keeping that promise to myself and I'm saying 'yes'," says Walton.

One problem Walton says they're having is that not enough people know about the free meals yet.

"I would like to have a line out the door where people are standing, waiting to get an amazing meal," says Walton.

And because winters make it hard for people to get to and from the restaurant, they're giving out to-go boxes so that even if people can't get to a hot meal, a hot meal can get to them.

And Chef D's Rock Power Pizza looks different than a typical pizzeria. Walls are covered in religious symbols like crosses and Bible verses. Christian music can be heard playing softly in the background and Walton wears a large cross underneath his apron.

"You never know what somebody been through when they walk through that door, so if they can read something on my wall in the restaurant, that can you know give them hope or change their life," says Walton.

He said his faith helped pull him out and hopes that he can help others in a bad situation in any way he can, whether it's a hot meal, a place to sit for a while, or even a good word.