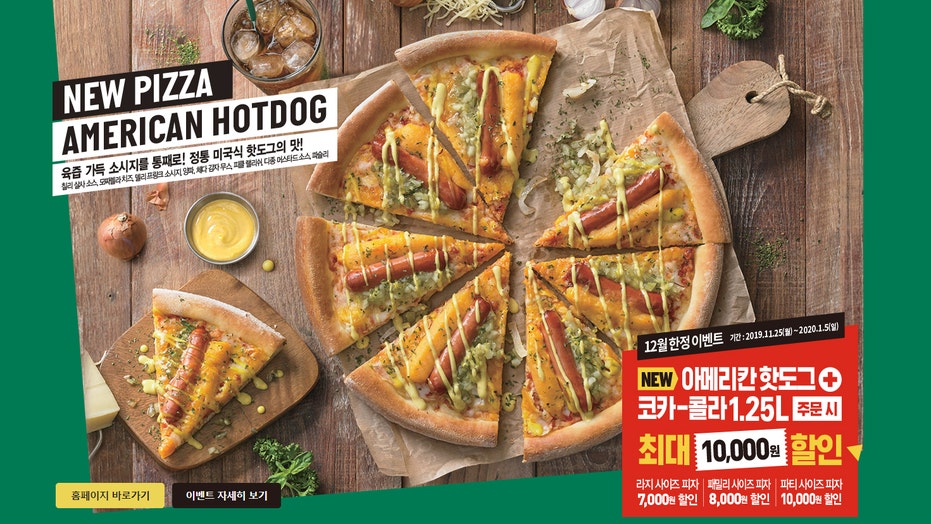 Can’t decide between pizza or hot dogs? Head over to South Korea, where they’ve decided to just start mashing the two together.

Available for a limited time, American Hot Dog Pizza also comes topped with a chili sauce, mozzarella cheese, a cheddar-potato “mousseline,” onions, parsley, and of course relish and mustard sauce, according to ChewBoom. Instagram advertisements appear to show the pizza served alongside pickles, mustard and ketchup, as well.

Despite its name, however, the new Papa John’s America Hot Dog Pizza appears to only be available in South Korea, but those of us living Stateside have already had our chance to chow down on wiener-embedded pies. In 2015, Pizza Hut brought its “Hot Dog Bites Pizza” from the U.K. to the U.S. for a limited time, complete with hot-dog filled crusts.

The Papa John’s American Hot Dog Pizza isn’t even the wildest foodstuff to come from a familiar chain’s overseas menu. Before Halloween, Domino’s Japan debuted its “Halloween Roulette” pizza, on which the chefs would drizzle ghost pepper sauce on one random slice.