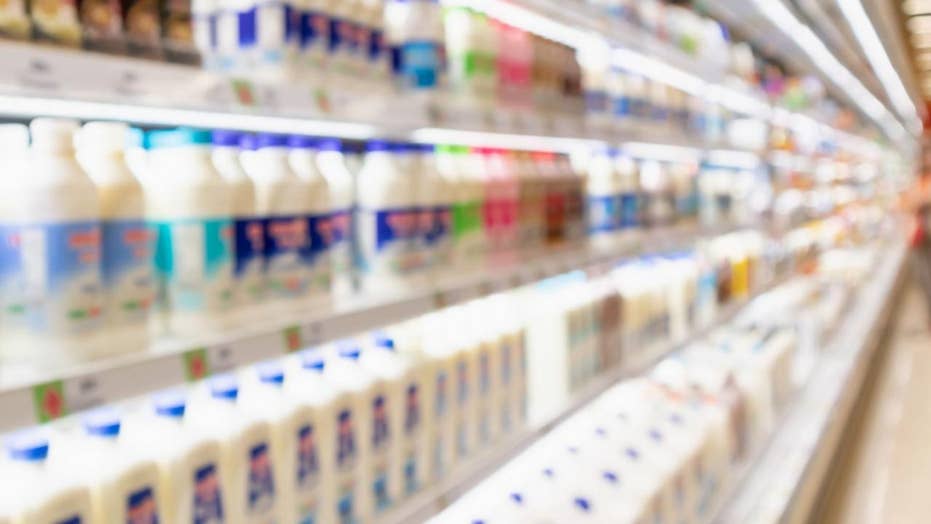 According to the Dairy Farmers of America, members' sales had declined by $1.1 billion dollars in 2018.

In 2018, the U.S. was far from the land of milk and honey — or more specifically, milk and money — as far as some of the nation’s dairy farmers were concerned.

The Dairy Farmers of America (DFA) recently announced that its members' sales had declined by $1.1 billion dollars in 2018, or what the collective is calling a “challenging” year.

“While this past year has been challenging for many in our dairy farmer community, DFA remains focused on bringing value to our members,” said DFA President and CEO Rick Smith of 2018’s financial findings in a news release.

The DFA, a dairy marketing cooperative representing more than 14,000 farmers who produce about 30 percent of the nation’s milk, reported that its members had taken in just $13.6 billion in 2018 versus $14.7 billion in 2017 — a decrease the DFA attributes to “lower milk prices.”

VEGAN YOUTUBER SLAMMED AFTER SHE WAS CAUGHT EATING FISH

However, experts say the popularity of dairy substitutes and plant-based milks may play a larger role in milk’s slumping sales: As Fast Company reported, sales of dairy alternatives are predicted to soar to over $34 billion globally by 2024. And it’s not just milk; the Plant Based Foods Association reported growing sales for plant-based cheeses, yogurts and creamers.

And while the DFA is said to be expanding its “commercial investments” — e.g., opening up a dairy-based retail store and tasting room; experimenting with flavored milk; investing in regional dairy brands — the popularity of non-dairy items altogether should not be underestimated, according to experts. Swedish oat milk brand Oatly, for instance, was unable to keep up with demand in December 2018, leading consumers to seek it out for five times the retail price online. And U.S.-based brand Califia Farms is planning to widen its product lines after recently securing $50 million in funding, the company confirmed to Fox News on Friday.

he DFA is said to be expanding its “commercial investments” amid news of the findings. (iStock)

The DFA, meanwhile, confirmed it was also going to concentrate on growing its export market, starting with opening a satellite office in Singapore, in addition to its stateside initiatives.

“From marketing our members’ milk and offering valuable farm services, to expanding our global presence and making strategic investments to strengthen our commercial portfolio, we’re committed to ensuring a strong, sustainable Cooperative for our members today and for future generations,” Smith said.