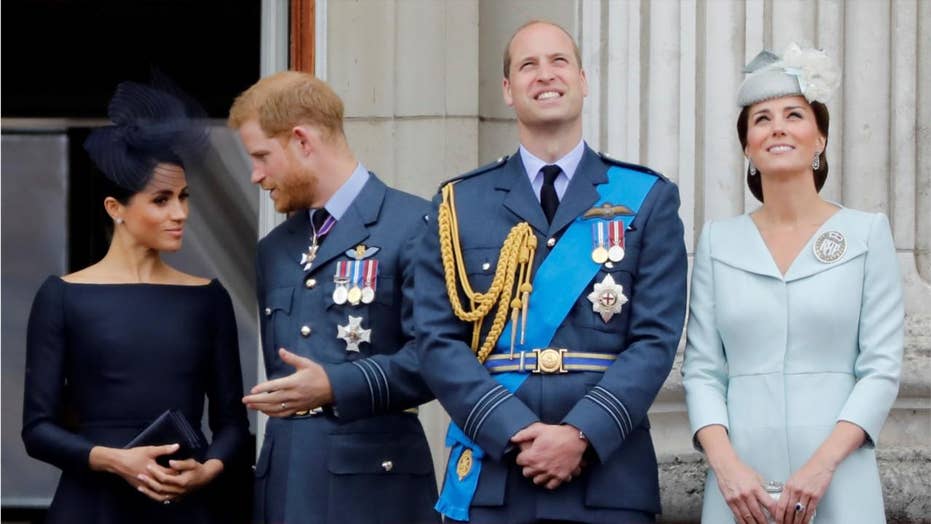 A queen of baking and the future queen consort of England are reportedly teaming up for a yuletide television show, allegedly helping to prepare a feast for charity volunteers working between Christmas and New Year’s.

A new report from the Daily Mirror is stirring the pot, claiming that the Duchess of Cambridge will appear in Mary Berry’s upcoming seasonal special on BBC1.

Berry, a former host of “The Great British Baking Show,” is scheduled to “take charge of laying on a festive spread” while Duchess Kate and “other VIPs” pitch in with provisions.

Catherine, Duchess of Cambridge and Mary Berry attend the "Back to Nature" festival at RHS Garden Wisley in September in Woking, England.  (Getty Images)

"What better way to spread some Christmas cheer than to team up cookery royalty Mary Berry with real royalty in the form of Kate?" a source said. “Between them they will bring seasonal goodwill to their guests and to the millions of viewers watching. Expect a properly uplifting Christmas treat."

Filming for the one-off episode is reportedly underway, with the working title “The Mary Berry Royal Christmas Show,” according to the Mirror, and produced for the BBC by Shine TV.

Better yet, the festivities "may even take place at a royal venue," according to the outlet.

A BBC spokesperson declined the Mirror's request for a statement and told the outlet that “all will be revealed in due course.”

A spokesperson for the BBC was not immediately available to offer further comment.

Mary Berry, a former host of “The Great British Baking Show” is scheduled to “take charge of laying on a festive spread” while Duchess Kate and “other VIPs” pitch in with provisions. (Reuters)

Berry, 84, and Duchess Kate, 37, are said to have met in 2013 at an event for Child Bereavement UK, a cause which they are both patrons of, The Sun reports.

The two apparently hit it off, and were seen laughing like old friends in September at an event for the Royal Horticultural Society Garden.