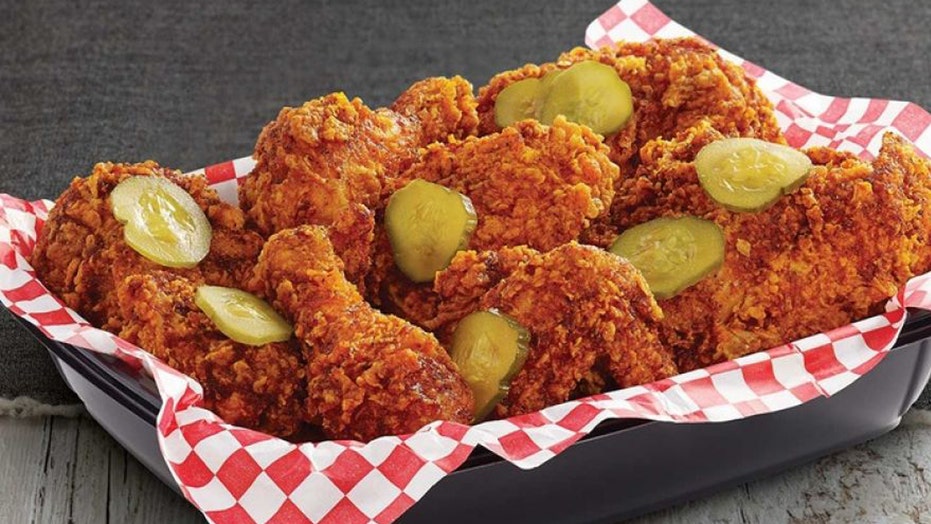 KFC gets kudos, despite its lack of spicy kick like the original Nashville specialty

KFC is spicing up its U.S. menu once again.

This week, the fast food chain announced that the popular Zinger spicy chicken sandwich-- previously only available at international locations-- is coming to America for a limited time on April 24.

The Zinger is made with a 100 percent chicken breast filet, double hand-breaded and fried until golden brown. It's served with lettuce and the Colonel’s mayonnaise on a toasted sesame seed bun.

It's the chain's first fried chicken sandwich to be made by hand, daily in-house, and it will be made with poultry sourced just from U.S. farms. By the end of 2018, all KFC chicken will be raised without antibiotics "important to human medicine."

“We have been actually working on this for two years, we spent $80 million dollars upgrading our back house equipment and we spent the last six months re-training all of our staff on how to make a fried chicken sandwich fast because ultimately at lunch, we have to win on speed,” Kevin Hochman, president and chief concept officer for KFC U.S., told Fox Business’ Stuart Varney.

The spicy sandwich is already available in 120 countries and was first created in Trinidad and Tobago in 1984.

According to the chain, more Zingers are sold in the UK, India and Australia than anywhere else in the world-- with Australians consuming more than a whopping 22 million Zingers a year.

The Zinger isn't the only recent addition to KFC’s menu. Last year, the chain released its own take on the Tennessee classic-- slightly sweet and spicy Nashville Hot Chicken.

In January, Georgia Gold Honey Mustard Barbecue chicken was introduced  featuring a gilded Billy Zane as Colonel Sanders in the campaign, offering something sweeter for those who can’t handle the heat of the Hot Chicken.

The Zinger is available as an individual sandwich or in a $5 Fill Up combo meal which includes the sandwich, potato wedges, a medium drink and a chocolate chip cookie.