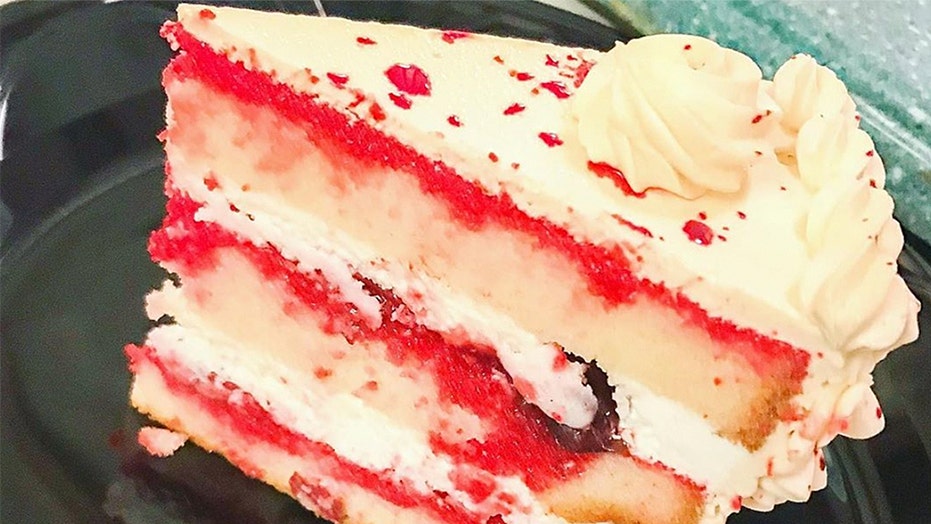 Well, this certainly feels appropriate for the 50th anniversary of a slightly spooky family attraction!

Disneyland’s Haunted Mansion ride is currently celebrating its golden anniversary, having originally opened on Aug. 9. 1969. And seeing as no celebration is truly complete without plenty of food and drink, the park made sure to debut a “spooky array of delightfully delicious offerings just for the occasion.”

Disneyland has plenty of "eats and treats" up its sleeve in honor of the Haunted Mansion's anniversary. (Paul Hiffmeyer/Disneyland)

Offerings include ghostly-themed fare from several of the park’s restaurants, including the Pickwick Ghost Punch from the Royal Street Veranda; the "Hitchhiking" Ghost Blue Velvet Cake from the River Belle Terrace; and the Ghost Mariner’s Seafood Boil from the Harbour Galley, among several others.

The item that takes the cake, however, is the French Market’s Wedding Cake.

Made with buttercream frosting, cherries and a cream cheese filling, the cake itself is finished with a generous “splatter” of cherry sauce, making it quite possibly the most macabre thing on the menu.

It's also getting rave (or should we say grave?) reviews, with fans saying it's "to DIE for" and calling it "wedding cake goals."

Fans and foodies alike can sample Disneyland’s Haunted Mansion “eats and treats” now through the end of the Halloween season on Oct. 31, a representative for Disneyland confirmed.

“Join our grim grinning ghosts and come socialize (and snack) with us!” Disneyland writes on its Disney Parks Blog. “We’ve been dying to have you…”