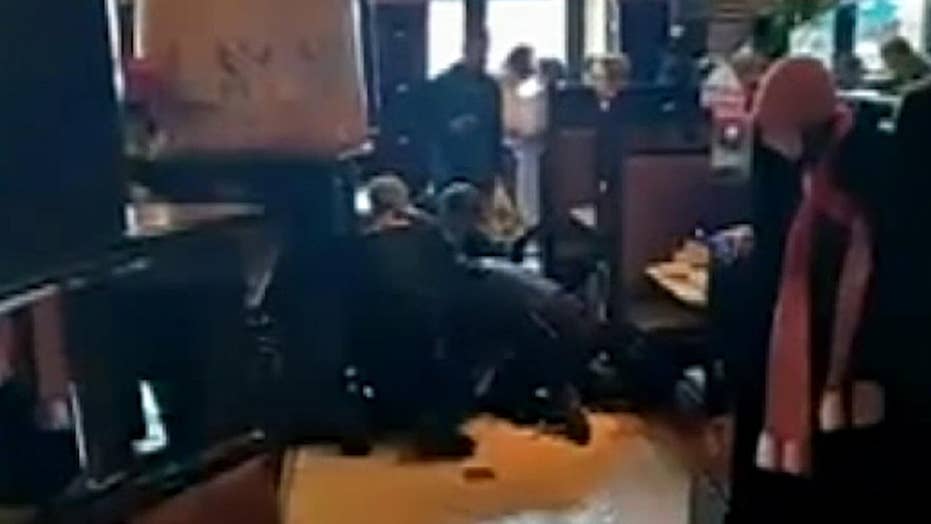 Police arrest man who refuses to leave a Cheesecake Factory

Virginia man arrested, is expected to be charged with disorderly conduct after refusing to leave the restaurant.

A free cheesecake promotion at a Northern Virginia Cheesecake Factory turned into chaos Wednesday afternoon, resulting in the arrest of one man.

A large crowd of delivery drivers gathered at a Cheesecake Factory in Arlington in response to the chain restaurant’s deal, which gives a free slice of cheesecake to those who submit online orders through ordering app DoorDash, to celebrate its 40th anniversary.

“In celebration of our 40th anniversary, on December 5th only starting at 11:30AM local time, we’re giving away 40,000 FREE slices* of cheesecake! Get a free slice* of cheesecake when you order delivery through DoorDash! Use promo code FREESLICE at checkout. Get it while you can because an offer this sweet won’t last long!” the Cheesecake Factory wrote on its website, also noting for a limited time there would be a $0 delivery fee.

The popularity of the promotion caused delivery drivers to double park and crowd the restaurant, Arlington County police spokeswoman Ashley Savage said to the Washington Post. To manage traffic, officers were called to the establishment around 1 p.m.

While the large group was forming, a fight reportedly broke out inside the restaurant.

By the time officers responded, the fight had broken up, but police still arrested a man who refused to leave the restaurant when asked, the Post reported.. Cheesecake Factory employees allegedly requested police to remove the man, but he struggled with officers inside the eatery.

After the struggle the man was taken to the hospital at his request for possible injuries. Police told the Post he was transported to a hospital and will be charged with disorderly conduct.

Police remained at the Cheesecake Factory to monitor the crowds.

A DoorDash spokesperson said in a comment to Fox News they are "aware of this incident, and are cooperating with local law enforcement.”