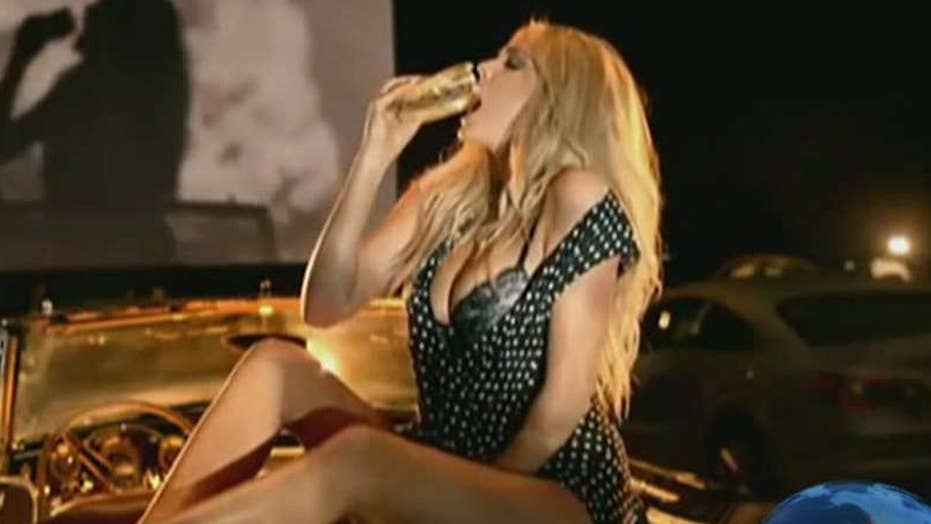 Chain hoping to attract broader base of customers

The ads, which featured barely dressed models and celebrities like Charlotte McKinney, Paris Hilton and Kim Kardashian chowing down on beefy burgers, are being replaced by a new campaign that pokes fun at the formerly sexually-charged spots.

The move, an attempt to appeal to a wider consumer base that cares more about food quality, comes just weeks after former CKE CEO and failed labor secretary nominee Andy Puzder claimed the sexy commercials helped save the brand.

The chain, now ditching its frat boy mentality, will run a series of new spots that position the fast food restaurant as the "Pioneer of the Great American Burger."

One ad features Carl Hardee Jr., the son of fictional company founder Carl Hardee Sr. The elder Hardee will goes up against his son as the two tackle the Jr.'s  play boy-like ad campaign while the father was away.

But the new messaging may work against the image the brand has been cultivating for the past several years.

“There’s a risk in alienating their old base, because people interested in edgy commercials and edgy branding may not be interested in the new branding,” Ernest Baskin, an assistant professor of food marketing at St. Joseph University, told USA Today.

CKE-- the parent company of Carl's Jr. and Hardee's-- currently operates 3,800 restaurants around the the world.  After 16 years as CEO, Puzder will be replaced by Jason Marker, the former president of Kentucky Fried Chicken's U.S. operations. Trump's former labor secretary nominee believes the saucy spots were key to reviving both burger brands during his tenure.

“I think that any grocery store you go into, or drug stores you’re going to see on magazine covers things that are more revealing than you saw in many of our ads. I’m sorry that they feel that way, but we saved the company with those ads, we saved a lot of jobs,” Puzder, the former CEO of Carl’s Jr. and Hardees, told FOX Business, earlier this month.

“Now we prevented it from collapsing,” he continued.

“A big part of that was the way we advertised the brand. We got the attention of this demographic, young hungry guys, which was what our marketing and research department advised us to do.”

It’s not just the commercials that are changing, though.

The chain is also remodeling its yellow star logo, which will see the removal of the happy face in the middle, with the red and white lettering switched to black.

Puzder may not be a fan of moving away from bikini-clad burger models, but branding experts acknowledge that it's important for companies to keep pace with changing tastes.

"Every brand needs to change with the times, especially in the fast food category," Jasmine Sandler, an award winning markerting strategist and CEO of the Agent-cy Online Marketing told Fox News. Sandler cited Burger King's move away the "the King" to its food as one industry example where a company realized it had to pivot its messaging (however flashy) to stop losing marketshare.

"Carl Jr., in my opinion, and its sexy ads were a perfect fit to engage hungry-- in many ways--men," Sandler says but acknowledged that new leadership is likely responsible for a new change in direction. She added, "In any case, in the fast food category... all of the big leaders must be very attune to the needs of this new generation of consumers demanding organic and healthier products in menus."

The focus on food quality, rather than quantity or over-the-top offerings, is also something new for the CKE chains as they face increasing competition from premium burger burger joints like Shake Shack and Five Guys.

The restaurants will soon be rolling out all-you-can-drink beverage bars (perhaps a nod to Olive Garden's consistently popular promotions) and more "natural" offerings to appeal to health conscious consumers. The chain has yet to announce menu items that mirror its new brand positioning.