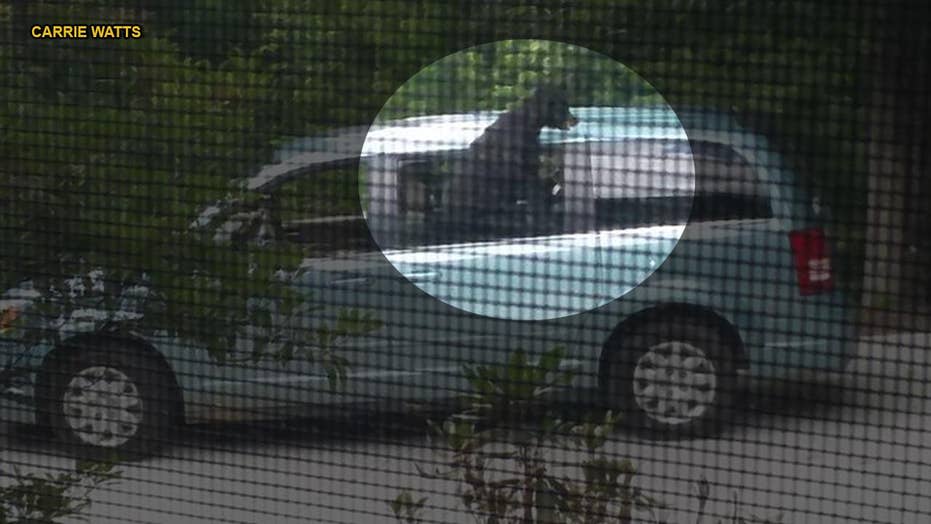 Georgia resident Carrie Watts was shocked when she caught a black bear climbing into her van and eating her sandwich, chips and cookie.

Bears will do just about anything to get their paws on a snack, as one woman in Georgia discovered Tuesday.

Carrie Watts was working as a caretaker at a house on Lake Burton, near the North Carolina border, when she noticed movement outside, Fox 5 Atlanta reports.

At first she thought it was the homeowner’s black cat, but it turned out to be a black bear who had climbed into her van through the open window.

"I panicked. I started screaming. I didn't know who to call, didn't know how to get it out,” Watts told WSB-TV.

The bear chowed down on Watts’ lunch, a sandwich, some chips and a cookie, and rummaged around inside the vehicle, tearing up some paperwork and trashing her kid’s car seat.

Watts told Fox 5 the bear seemed to be in no hurry, hanging around for about two hours despite her efforts to scare it off with the car alarm.

Finally the bear became startled by the sound of a truck and climbed out of the van and up a tree. It even tried to take Watts’ purse with it, but dropped it on the ground.

Watts warned others not to leave their windows down if they’re in the area, especially if they might have food or crumbs inside the vehicle.

Bears clearly have a knack for scouting people food whenever they can.

Earlier this month, a hungry bear in North Carolina sniffed out a box of donuts some teenagers left in their garage while carrying groceries into the house. The bear discovered within about four minutes and proceeded to chow down on three bear claws and a cruller.