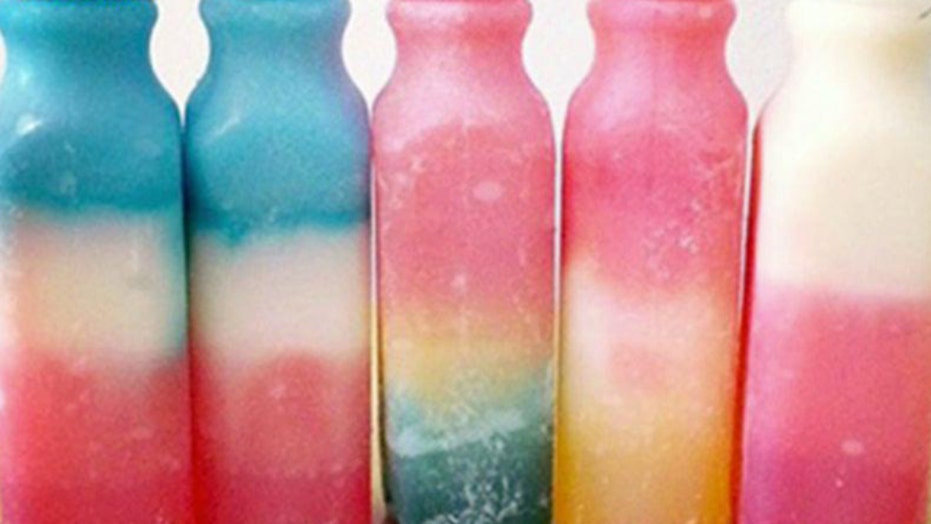 With names like Tsunami Sunrise, Irish Bomb and Volcanic Paradise, the rainbow-colored drinks sell for $10 a pop.  Customers can only buy the drink by texting a number on the company’s Instagram page, and then after giving their own Instagram handle and address, wait for the drink to arrive, the New York Post reports. The page says that deliveries are made 24 hours a day and you can only get the drink if the mystery company accepts you as a follower.

What exactly is in the drink and the company behind it has health officials worried.

According to New York’s State Liquor Authority the drink is “unregulated,” and the agency has launched an investigation.

“The SLA is looking into the illegal sale of this unregistered and potentially dangerous alcoholic drink‎ by an unlicensed business,” Bill Crowley, the authority’s director of public affairs, told The Post.

Senator Chuck Schumer said that he is concerned about kids and teens getting their hands on the drinks.

“They seem to be sold online without limitations for age. A 12-year-old could probably buy one and get it and enjoy it because it’s filled with fruit punch and fruit juice,” Schumer said.

New York magazine food critic, Adam Platt,  tried one and wrote this about it : “After the first sip, you’re loving the sugar. After the third sip, you’re thinking how pretty the colors look and why can’t you feel your lips? After chugging the whole thing, who cares? You’re lying blotto on the sidewalk and all is bliss.

“This is just pure sugar and grain alcohol. It tastes like Kool-Aid-meets-Red Bull, mixed with 150-proof Everclear.”