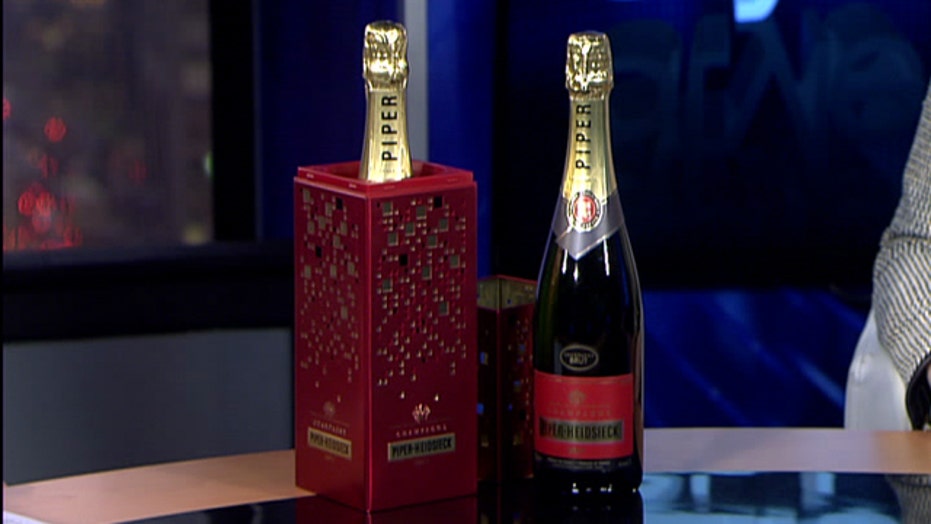 With the holiday season in full swing, many party goers might be looking to pick up some bubbly for their next event or use to ring in the New Year.

Increasingly, more Americans are becoming fans of Champagne, with nearly 40 percent of sales occurring just between Thanksgiving and New Year's Eve, according to figures from France-based Piper-Heidsieck, one of the top Champagne houses worldwide.

Piper-Heidsieck dates its origins in the Champagne region to the late 1700s.

Champagne can only be made using pinot noir, pinot meunier and chardonnay grapes. “We are known to be a Pinot, which is like burgundy, which gives a lot of texture, structure and very, very thin bubbles, and a lot of fruity taste,” said Bonnefond.

While it’s fine to have Champagne on its own, Bonnefond says it’s customary in France to have it with dinner. “Depending on what you eat, you’re going to choose a different kind of Champagne.” If choosing Brut Champagne, she suggests pairing it with ham or seafood while Rose Champagne goes best with duck.

Approximately 49 million bubbles are in a standard sized bottle of Champagne. Bonnefond says “you can pick great Champagne by the size of the bubbles … the finer and thinner the bubbles are, the higher the quality.”

The pressure in a Champagne bottle is around 90 pounds per square inch. That's equivalent to that of a London double-decker bus tire.  “It always pops because the fermentation of the bubbles and the pressure inside the bottle is 100 percent natural … that’s about three times what you have in your care tire,” she said.

Bonnefond pointed out that Hollywood starlet Marilyn Monroe, at least once, took a bath in Champagne. "She referred to going to bed with a drop of Chanel preferred perfume, but for breakfast, first thing in the morning a glass of Piper-Heidsieck so we are very proud of that."

Cork as fast as a car

A Champagne cork reaches a velocity of about 40 miles per hour when popped out of the bottle. It is recommend that when opening a bottle, carefully twist the cork out with a towel covering the bottle so no wine escapes and you don't hurt a bystander.

While Champagne might not have any beauty benefits, “it makes you so, so happy that it makes all your dreams come true,” said Bonnefond.