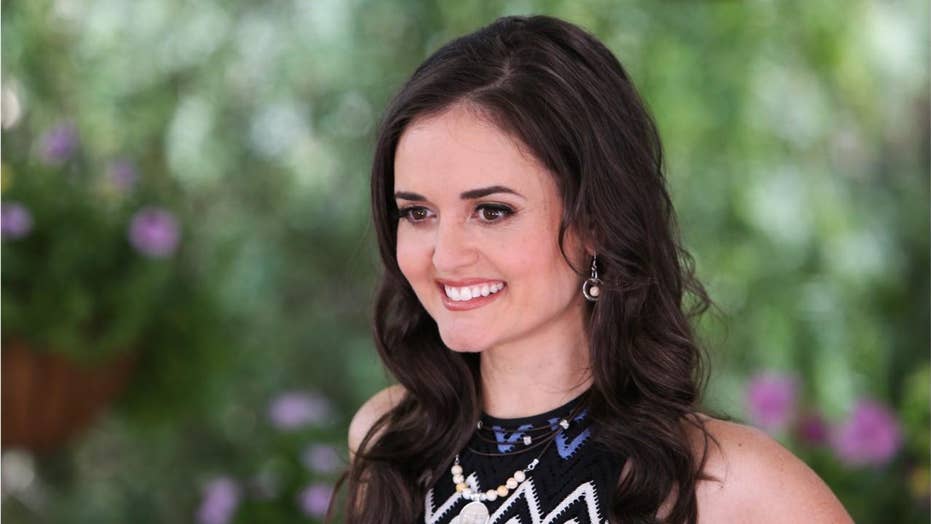 The former child star spoke to Fox News about still being recognized as Winnie Cooper from 'The Wonder Years' even though the series came to an end in 1993, as well as starring in family-friendly films today

Danica McKellar is gearing up to strut her stuff on the runway for a good cause.

The 44-year-old is one of several celebrities who will be making their mark on the catwalk for the American Heart Association’s Go Red for Women Red Dress Collection during New York Fashion Week. Macy’s, a sponsor of the annual event, helps shine a spotlight on the issue of heart disease in women.

McKellar, along with other stars, will walk the runway in gowns created by both world-renowned and up-and-coming designers.

The former child star spoke to Fox News about still being recognized as Winnie Cooper from “The Wonder Years” even though the series came to an end in 1993, as well as starring in family-friendly films today and why she’s eager to go red this year.

Fox News: Many of us still recognize you as Winnie Cooper from "The Wonder Years." Did you ever try to escape that character over the years?
Danica McKellar: I think while I was on the show at some point I did try to break free. I remember being 14 and was just so tired of every single person saying "Hey Winnie! Where’s Kevin?" I just wanted to be me. So when I would go out in public, I would wear these disguises and people would recognize me anyway! And I would still pretend it wasn’t me. It was so silly. *laughs*. Everybody, every single day would say "Hey Winnie, what’s up?" All day long.

I remember my first math class [after the show ended] I scored the highest of the entire class which was 163 people. … I just couldn’t believe it was me. And the next day, someone taps me on the shoulders and said, "Excuse me, aren’t you that girl?" I assume the person was going to say "The Wonder Years." But he said, "Aren’t you that girl who got [the high score]?’"

And that moment for me was all I ever needed. I felt so empowered. But nowadays, I totally embrace "The Wonder Years." I just think it’s fantastic. Just the other day, I posted about the anniversary of the pilot airing. I think because of social media and because of how much I get to interact with my fans, I just really understand the impact and how much it brought families together, how much that show meant to people. So at this point, I’m grateful for it and I don’t try to run away from it anymore.

Fox News: Your co-star Fred Savage previously said there’s zero chance of a reboot. What do you think?
McKellar: That’s what he said! And if he’s not on board then it will probably never happen.

Fox News: How did you escape the so-called child star curse?
McKellar: I credit that to really good parenting. My parents always emphasized health, family and education. That’s what I grew up believing in. It created a foundation for me and allowed me to break away from acting and get my degree in mathematics. I’ve been able to have this amazing dual career as an actress and writing math books to inspire children. I’ve always been grateful. And I honor the position that I have as a role model in the world.

I did have a good childhood and I had a good support system from my parents. Now I feel I have a great responsibility, to be honest. I want to be a good role model for the world. I want to do everything I can to help pass that on to others. I take my position very seriously and I’m honored that people even listen to me. I want to help them feel good about themselves and help them find the tools to improve their lives. I believe very strongly that we all have the power to improve our lives. And I do feel I am in a position where I can help make a difference.

WHAT HAPPENED TO 'WONDER YEARS' STAR?

Fox News: How important has it been for you to appear in family-friendly films?
McKellar: I’ve done nine Hallmark movies so far and I love them. I absolutely love them. It’s such a wonderful, family-friendly, wholesome place to go to, especially during a world that has gone crazy *laughs*. It’s so nice to be able to turn on the Hallmark channel and know the whole family can watch it. … It’s going to reinforce values like love and family and tradition and things that just make you feel good. It reminds us that there is a lot of good in human beings and to look for that and nurture it.

Fox News: What compelled you to participate in Macy’s upcoming fashion show?
McKellar: I am a health nut and I love supporting women. I strongly believe we can be our best selves. I know on social media I try to raise awareness, whether it’s promoting a healthy diet or exercise. So this just seemed to be like a perfect fit. And getting to walk down the runway in a glamorous dress? First of all, super fun. But more importantly, we’re raising awareness for such an important cause. I personally didn’t even know that cardiovascular disease is the number one killer of women. I didn’t know that. So it’s already raised awareness for me. So I’m only happy just to get the word out.

Fox News: Are you feeling nervous about walking down the runway?
McKellar: Honestly, I know it’s going to be a lot of fun. And to be honest, I’m going to be wearing a dress that is not a typical dress for me. It’s a very different style. Much edgier and much more couture than what I’m used to wearing in my normal life. I’m very excited to try that. It will be like playing a role. And I play lots of roles. Only this time, I’ll be playing the role of a fashion model. And my mom is going to be there! She has come to every single live performance I’ve ever done.

It’s so easy to get distracted by our work and our lives. I know so many of us get attached to our computers and we don’t even move. We can avoid it. … You can integrate little moves into your daily life. You just need to try. We do have time, we just have to be creative about how we best use it. If you can multitask, you can multi-exercise. I remember pushing my son on the swing and then doing an ab twist. I felt the burn and it was great exercise. You just have to find those little pockets of opportunities.