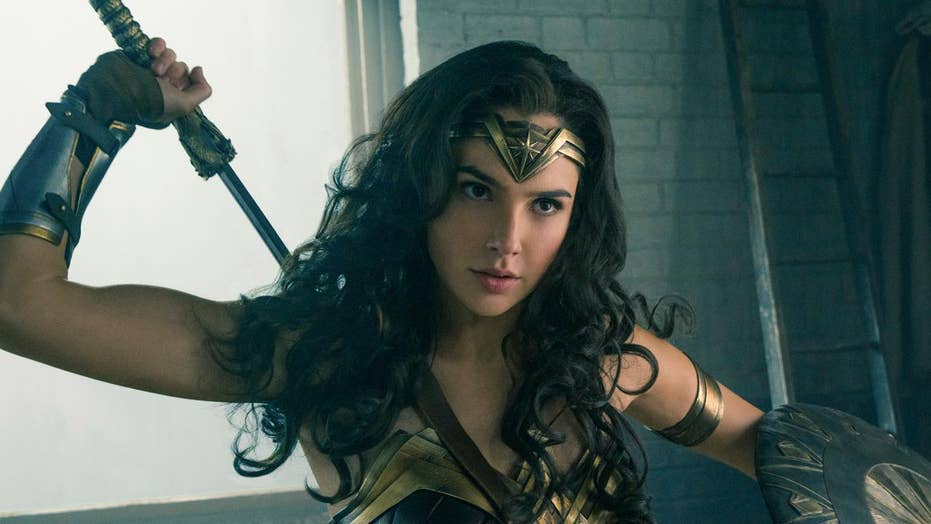 Gal Gadot is a total knockout!

The 32-year-old actress served up a dose of nighttime elegance at Revlon's Live Boldly Campaign event at the Skylight Modern in New York City on Wednesday, where ET's Lauren Zima caught up with the brunette beauty and chatted about what many fans see as a Wonder Woman Oscar snub.

"I was very moved and touched by the people who were disappointed that Wonder Woman wasn't nominated, but we certainly never did the movie for that," she explained. "I think that you can't have it all. We've done this movie and it was received in such an amazing, wonderful way, and we want to stay humble and grateful, and we're going to have another movie, so who knows? Maybe the next one!"

The new face of Revlon commanded attention in a jaw-dropping black dress that featured a sheer skirt and metal detailing along the plunging neckline. Her dark locks were down and parted to the side and her makeup was simple with pink blush and a strong red lip.

"I just choose what I love, and I have great people working with me and we just enjoy it," Gadot said about her overall look for the night.

Meanwhile, Gadot -- who is mother to two daughters, Alma, 6, and Maya, 10 months, with husband Yaron Versano -- isn't quite ready to add another bundle of joy to her brood, but she noted that her "mom will be very happy with your question" when asked about the possibility of a third child.

"I just had a baby! I'm still jet-lagged from the previous baby!" she joked.

For now, Gadot can't wait for what's to come and has "many, many people" that she "would love to work with." The Israeli actress was also "very excited" to meet the newest Revlon ambassador, Ashley Graham, who was equally as stunning in a skintight deep purple dress.

Gadot also touched on what "living boldly" means to her, which is "understanding what you want out of life and going for it even when there are challenges, being persistent and when you overcome all the challenges."

"That's when you're really free and that's success to me," she said.