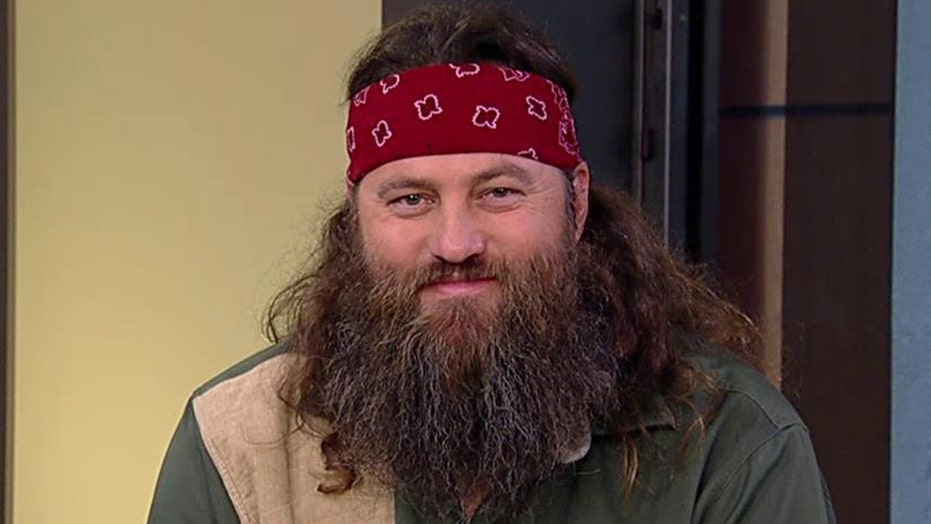 Willie Robertson has a new book out which delves into America's storied history of hunting. "American Hunter: How Legendary Hunters Shaped America" is filled with stories of famous hunters along with personal hunting tales. The "Duck Dynasty" star spoke to FOX411 about his love of hunting and who he likes in the Republican race.

FOX411: How did the idea of this book come about?
Willie Robertson: I met with our publishing company and they said we have a great idea to put together this collection of great American hunters throughout the time from even before the birth of our country and how it's impacted and shaped it. We started gathering information, wrote some stories, I put some personal stories in it. I wanted to see the impact hunting had on this country. I've grown up hunting my whole life. It's been our family business as well. Obviously our family is passionate about hunting and the great outdoors so wanted to put this collection together.

FOX411:Anything surprised you?
Robertson: A lot surprised me...how hard it was, how harsh our young America was. People really hunted out of necessity. Now we do it because we love it. Back then because they were exploring this big country, they were pushing West, hunting came with that. It's good and bad, we about decimated our buffalo...animals were over-hunted. Thank God for Teddy Roosevelt who was a passionate hunter himself and president. Well-to-do guy from New York but loved to hunt. He put in a lot of the systems that we enjoy today. The refuge system, the parks. Just to make sure the numbers came back. Here we are one hundred years later still enjoying the outdoors.

FOX411: Do you feel closer to God when you're out hunting?
Robertson: I do. It slows down. I'm super busy with the television show and the kids and you get out there and you turn the cell phone off and it's just you and nature and the animals and how they survive. It's very spiritual.

FOX411:What's your favorite memory of hunting?
Robertson: When I took Korie out. She was going to just watch. And I saw this deer and I said, 'You want to shoot this deer?' And she said, 'Yeah' and she had never done it before and we were hunting with a cross bow and I said, 'Do you know where to hit it?' And she said, 'I've watched your videos, I know where to hit it.' And sure enough she was successful. So we cleaned it up and she provided several meals for our family. That's a big deal for us. It's the ultimate farm to table. We're out there in the woods, we see what we're going to take, that's a process. There's a process of cleaning it, there's a process of cooking it and then we all sit down at the dinner table and eat it. Whoever provided it, we're appreciative of that and we acknowledge that. It's a way for us to eat. Who knows if a different time where we needs those skills, I'm glad we have those skills, able to go out and get our own food.

FOX411:So you eat all the food you hunt?
Robertson: I eat it or someone eats it. We've donated a lot of meat. I give it to families that need it. Everything we kill is eaten by someone. There's great organizations. There's Hunters for the Hungry.

FOX411:What do you think of Walter Palmer who killed Cecil the Lion?
Robertson: I try not to judge people. I don't know the guy personally. The story sounded a little shady, how it went down.

FOX411:Would you go on an African safari to shoot wildlife?
Robertson: I probably wouldn't. Again, I'm not going to judge people who do. As long as it's legal, my thing is that as long as it's legal... there's people here in America who don't like people hunting [or] shooting a duck but it's legal. If he did something illegal, I'm certainly against that. But if it's legal, then if someone wants to do that then they're certainly allowed to.

FOX411:Does it bother you when you're criticized for hunting?
Robertson: I'm used to being criticized. Most of the people criticizing like that don't understand what we do. They don't understand hunting. They need to read this book and they'll have a better appreciation of that. A lot of smart people have studied animal patterns to know how many animals need to come out otherwise they'll overpopulate. If they're overpopulate, they'll just get disease and start dying because there's too many. The animal populations are great and thriving. Most of the money for that comes from hunters. All our hunting licenses goes back to conservation. So hunters are the biggest conservationists. That's what in the book.

FOX411:Who are you supporting for 2016?
Robertson: I don't know like everybody else. I'm still watching the debates and trying to figure out who I like. They're are some good candidates on the Republican side, there's just too many. Need to get them down, needs to whittle down a bit. I'm from Louisiana so I like Bobby, we're good friends. I met Trump, he's a good guy. I like a lot of the stuff he says. I like his energy and his passion. I like his leadership especially on business because I'm a business guy. But Ben Carson's great, we'll see.

FOX411:What happens if one of your kids doesn't want to hunt?
Robertson: That's fine. Not everyone's a hunter. You either have that or they don't. There's something about being out in nature, being with the animals, seeing the sunrises and sunsets, being with nature. It's very spiritual for me. My wife's parents are vegetarian so we're used to that. I get it. If they wanted to be vegetarian that's fine, they'd miss out on a lot of good venison.