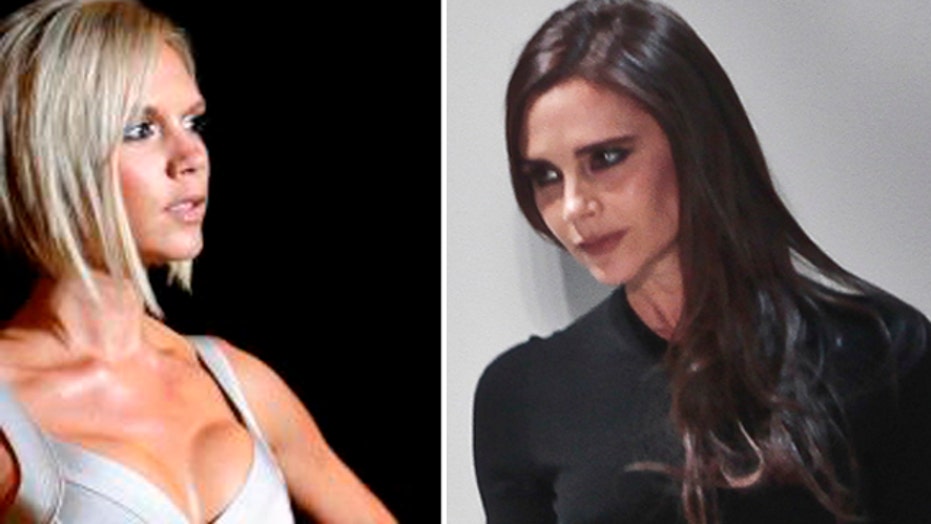 Victoria Beckham was coy during her interview with Allure Magazine this month when she revealed that she removed her breast implants. "I don't have them anymore," was about as far as she would go.

"Victoria’s been very vague in terms of why she removed her breast implants. There could be a variety of reasons. One could be health, or to reinvent herself," pop-culture expert Valerie Greenberg opined on FOX411's In the Zone. "Victoria Beckham is definitely an influencer among the A-list community, and I think other celebrities might follow in her footsteps."

"I don’t think she’s going to start a trend where women all across the country are going to start taking their boobs out. I don’t think that’s going to happen," he said. "I think she hit a point perhaps where she’s done being an entertainer.  She’s a mom, and she’s such a petite woman that honestly if you looked at magazines, she was never on the list of the best ones.  A lot of women did not admire the work she had done."

Could the 39 year old mother of four be leaving her sex symbol days behind her and moving toward a new, more conservative chapter?

"Look at Jamie Lee Curtis and look at Ashley Judd.  These are both women who have had a lot of surgery and admitted to it, and now they are taking the natural route if you will," Greenberg pointed out.  "Whether or not you decide to have breast implants or not it’s a very personal choice. And, it’s all about what makes you feel good about yourself, and if you exude confidence, you’ll be perceived as beautiful."

Davis reminds that surgery, even elective surgery, has its risks.

" At the end of the day, it’s another surgery and you can’t take surgery too lightly," he said. "A lot of people think it’s a simple procedure but it’s another elective surgery you’re doing."