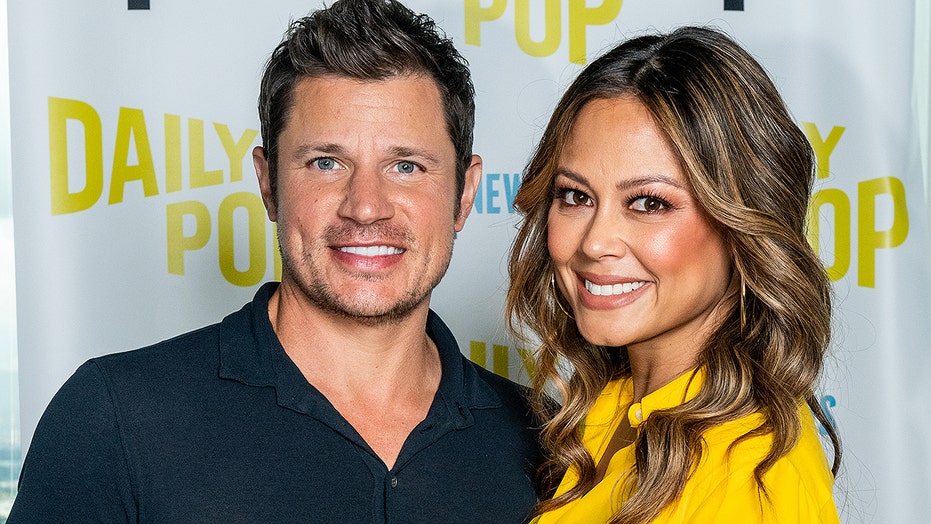 Vanessa Lachey has been responding to negative comments on Twitter in an effort to clear up an awkward moment that stemmed from an interview question about her husband’s ex, Jessica Simpson.

The star appeared alongside her husband, Nick Lachey, on Monday’s episode of the “Today” show to promote their new Netflix series “Love is Blind.” During the interview, Hoda Kotb brought up Nick’s ex, noting that she previously said the couple sent her a gift when her kids were born.

Vanessa quickly jumped in to correct the host.

"I feel bad, I’m sorry. You said somebody sent her…? because now… we… it wasn’t us,” the 39-year-old actress stammered.

Vanessa Lachey responded to tweets about her answer to a question involving her husband's ex, Jessica Simpson. (Paul Archuleta/FilmMagic)

Nick jokingly asked his wife what she sent in an accusatory tone, to which she replied: “I didn’t… I don’t know her address. Thank you whoever sent it from us!”

Despite the moment seeming rather innocuous, albeit somewhat awkward, Vanessa caught some backlash online for her part in the on-air exchange. People notes she took to Twitter on Wednesday to clear things up as best she can.

“Well shucks! Just lost a fan! Hope you see the truth in this. Asked about something that wasn’t true. My heart had to make sure I was honest. Would you just let it go? ;-) Always be true to you!” she responded to one fan that called her “petty.”

“Should I have pretended to give it? Dang. Can we get a do over and I will tell them it was big beautiful basket. ;-). Kidding, sorry you think that, just wanted to be truthful. That’s all. But the gift sounds lovely!” she responded over another user that called her correction “10000% not necessary” and “super awkward.”

“Sorry you think that, just didn’t want to take credit for something we didn’t do. That’s all. Seems weird to ignore sending a big beautiful gift basket and taking that credit. Either way... hope you have a Beautiful day!” she noted over a third user that insisted she was throwing shade at Simpson.

When someone else insisted they wouldn’t be watching her and Nick’s new show because of the interview, Vanessa retorted: “Well Damn, too bad, it’s a good show. Hope you change your mind and watch it! And sorry I was being honest and saying the truth. I feel weird accepting credit for something I didn’t do. But hey... we all have opinions.”

She also hinted that she feels that Kotb was responsible for the flub when another user called her a “classless act.”

“Totally hear you. But also, you make sure you do your research and state facts and ask appropriate questions as the host...  don’t you think. The statement wasn’t true, so I was simply clearing that up. But definitely a beautiful sentiment if it was,” she wrote.