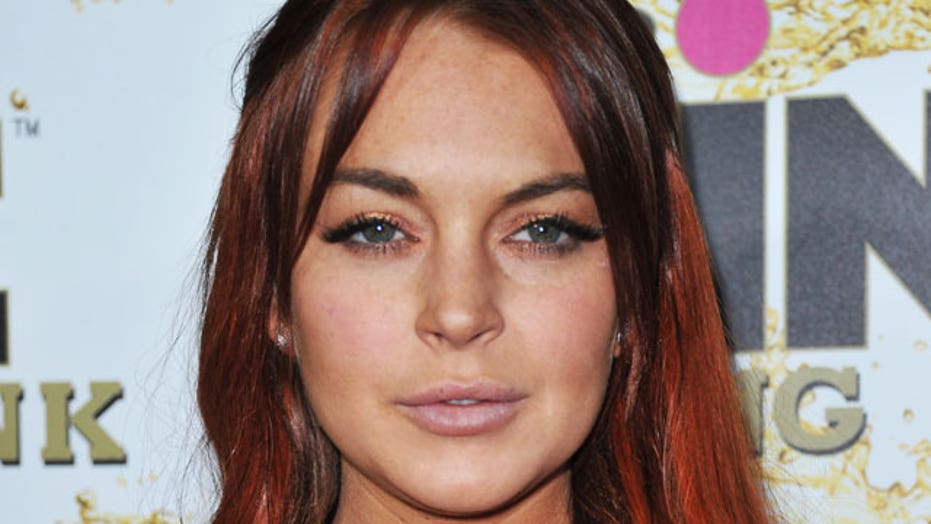 The celebrities who slipped the furthest south in 2012

NEW YORK – 'Tis the holiday season, and it turns out some celebs may be getting coal in their stocking this year, as they were very, very naughty. “In the Zone” has been keeping tabs, and we are ready to name our top 5 Hot Messes of 2012. So in keeping with the season of giving, we give you first ... our Hot Mess # 5!

“Demi Moore deserves to be on the list of Hot Messes because first of all, she had a crazy 2012," says David Caplan, celebrity journalist and blogger for the eponymous GossipDavid.com. "First of all, she was still reeling from her split with Ashton Kutcher. [Then] she landed in rehab in addition for an eating disorder.”

Senior editor of gossip bible In Touch Weekly, Dorothy Cascerceri, adds: “After this debacle, she can certainly make a comeback but a lot of that comebacks going to revolve around her true, honest explanation of what has gone on and what she’s been through.”

But Caplan felt it was less about making excuses and more about skipping the parties.“I think Demi Moore can make a comeback for 2012 if she has the right people round her. People say, ‘Hey don’t go out and party.’ Don’t go out and party in public cause that’s how people end up on these lists,” Caplan said. “If we didn’t see photos of Demi Moore, we wouldn’t think she’s a mess.”

“Kristin Stewart definitely belongs on this because she had one of the most publicized affairs in Hollywood, and it was a big no-no with the director of ‘Snow White and the Huntsman,’ her film, which you don’t do," Caplan said. "It was very public. She definitely lost point with fans and Hollywood."

Cascerceri agreed Kristin committed a cardinal sin by cheating on boyfriend and co-star Rob Pattinson, but she thinks Stewart should be able to rebuild her image.

“She certainly has a huge following that has supported her even though she has completely embarrassed Rob Pattinson, now the two of them have been getting a little bit cozy lately and that may or may not be good for her image," Cascerceri said. “On one hand, it could be good because if Rob Pattinson forgives her then the public will forgive her. But on the other hand, it could be bad because she could be perceived as the girl who gets too many free passes and people could become very resentful of that.”

Finishing strong at No. 3 is Amanda Bynes for her many violations behind the wheel, plus her odd wanderings around New York and Los Angeles. So will Bynes be able to recover?

“The only thing with Amanda Bynes is I don’t know if that many people care about her because her relevance is not what it used to be,” explained Caplan.

Cascerceri shared Kaplan brutally honest assessment: “I don’t know if she’s going to be able to resurrect her career to be honest. People don’t care as much about her as they do a lot of other celebrities.”

“Rihanna is always tweeting photos of her half-naked and swearing and using racial epithets," said Caplan. "Chris Brown on his own also is a mess, tweeting inappropriate photos, making inappropriate comments, getting into fights with people, so you put these two together and it’s a double mess."

You won’t hear any argument from Cascerceri, but she did offer Rihanna some advice.

“If she’s going to date the guy who beat her up, then she’s probably better off doing it behind closed doors, not publicizing it for all of her fans," Cascerceri said. "These people that love Rihanna, they love her. They’re protective of her and she’s going to lose them if she shows ... this bad judgment.”

May we present Miss Lindsay Lohan, who capped off her banner year being charged with four criminal counts on two coasts – all on a single day!  Although we all wish Lindsay would get her act together, our experts fear it’s probably too late.

“An overall comeback, I don’t think so. I think what happens is she does a project, she’s sort of on a high – no pun intended- and then all of the sudden she goes back to her old ways,” Caplan said.

“A comeback at this point for Lindsay Lohan doesn’t look that probable," Cascerceri agreed. "You know she’s had her chances for the comeback and then she’s fallen back again, so it doesn’t really look like she’s you know really destined for any great success in the future."