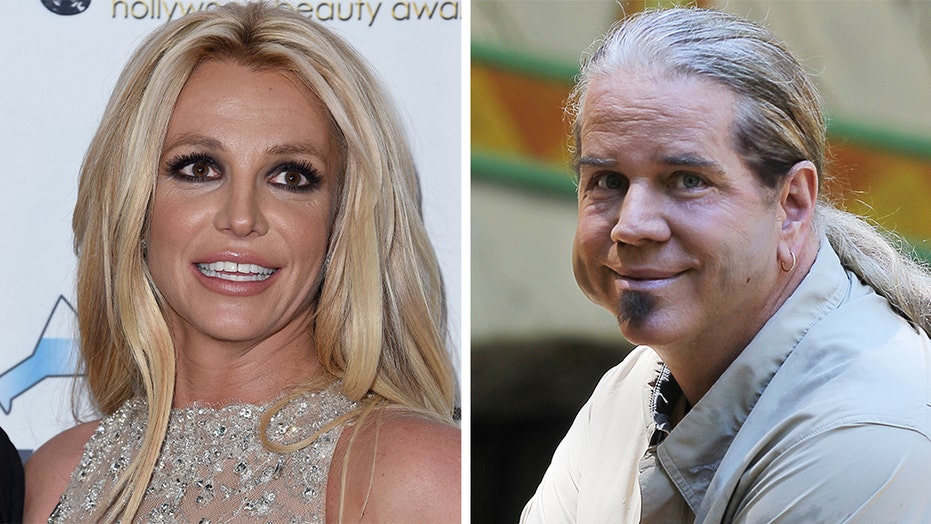 Britney Spears has an interesting connection to one of the stars of “Tiger King: Murder, Mayhem and Madness,” the popular Netflix series that has captivated the nation as much as any trending topic can in 2020.

The docuseries shows the fissure between the now-incarcerated Oklahoma exotic animal park founder Joseph Maldonado-Passage and his animal rights activist rival Carole Baskin, who Maldonado-Passage, also known as “Joe Exotic,” was found guilty in 2019 of paying a hitman $3,000 to kill.  (The hitman-for-hire did not carry out the act.)

One of the prominently featured personalities in “Tiger King” is Bhagavan “Doc” Antle, an animal handler who graced the stage with none other than Britney Spears when she performed “I’m a Slave 4 U” at the MTV Video Music Awards (VMAs) in 2001.

The spectacle saw Spears, 38, open the performance by coming out of a cage with Antle and a liger – the hybrid breeding of a female tiger with a male lion – before Spears boogied on with a live python.

Antle, who has also worked on films such as “Ace Venture,” “Dr. Doolittle,” “The Jungle Book” and “Mighty Joe Young,” according to People magazine, currently runs The Institute for Greatly Endangered and Rare Species (T.I.G.E.R.S.) in South Myrtle Beach, S.C.

The animal wrangler was accused by former employee Barbara Fisher of running his businesses with a cult-like approach in which he allegedly carried out lives with multiple girlfriends that he called his “wives” and allegedly expected sexual reciprocity from his staff that consisted mostly of women. He's also been criticized by Baskin and PETA for his alleged treatment and exploitation of animals.

King Richard's Faire is set to open for the season. Dr. Bhagavan Antle brings animals from his preserve in Myrtle Beach, South Carolina. He is with Hercules the Liger. Hercules is 900 pounds and is in the Guinness Book of World Records as world's largest cat. (Photo by Jonathan Wiggs/The Boston Globe via Getty Images)

Antle denied practicing polygamy in an interview with Oxygen TV.

“Sure, I’ve had girlfriends and there’s girls I have had relationships with that have come and gone over the decades,” he said. “I am absolutely not married nor have I been since my wife died over 20 years ago now. I’m not married and I certainly don’t have wives. I certainly am a single guy and I live in a house by myself.”

He further denied Fisher’s allegation of his cult business, maintaining that: “The cultiest thing about us is that I totally believe that yoga has helped me stay limber and strong and made my life a better thing.”

Britney Spears performs at the VMAs in 2001. (Photo by Chris Polk/FilmMagic)

“This is the ramblings of a crazy child who has a lot of, in my opinion, issues and somehow those have boiled up,” Antle added.

In a statement posted to Facebook on March 24, Antle said his organization was “very disappointed that our facility was mentioned in the new Netflix series” and called the documentary “sensationalized entertainment.”

“It is important to understand that this series is not a documentary; it’s sensationalized entertainment with paid participants,” the statement reads. “‘Tiger King’ is the bizarre story of Joe and Carole and their feud. These characters are not representative of experts in the wildlife sector or world class facilities like ours here in Myrtle Beach."

The statement continued: “Over the decades we have heard every sort of fantasy scenario regarding our facility. Many of these less-than-flattering mistruths have been manufactured by those in the animal rights movement that oppose animal ambassador programs of any sort.”