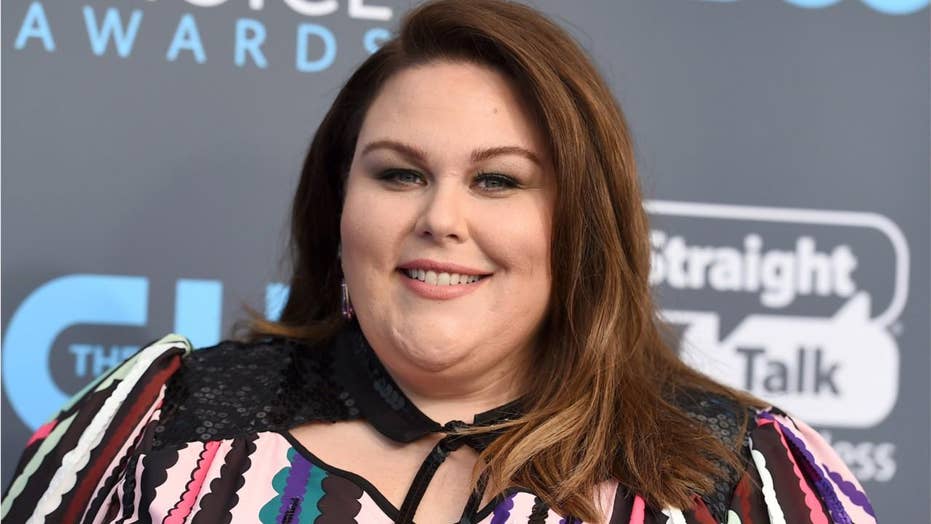 'This Is Us' star Chrissy Metz: My stepfather beat me

'This Is Us' star Chrissy Metz reveals in her new memoir, 'This Is Me,' that her stepfather, Trigger, beat her and forced her to do weigh-ins when she was a teenager.

"This Is Us" star Chrissy Metz revealed in a new memoir her stepfather beat her and forced her to do weigh-ins when she was a teenager.

Metz, 37, detailed the physical and emotional abuse caused by her stepfather, Trigger, in her new memoir “This Is Me.” In an excerpt published by People, the actress recalled how much her stepfather loved his biological children he had with Metz’s mother, Denise — but didn’t like her the same way.

“My mom married Trigger at the courthouse,” Metz wrote. “Soon she was pregnant again, with another girl, Abigail. Trigger loved his two biological children, and was even welcoming to Morgana. Me, not so much. My mother was always at work, so she didn’t see how he treated me.”

“My body seemed to offend him, but he couldn’t help but stare, especially when I was eating. He joked about putting a lock on the refrigerator. We had lived with a lack of food for so long that when it was there, I felt like I had to eat it before it disappeared. Food was my only happiness,” Metz recalled.

The abuse eventually turned physical, according to Metz.

“I don’t remember why Trigger hit me the first time. He never punched my face. Just my body, the thing that offended him so much. He shoved me, slapped me, punched my arm,” she wrote. “He would hit me if he thought I looked at him wrong. I remember being on the kitchen floor after he knocked me over, and I was begging to know what I did. He just shoved me hard with his foot.”

When Metz was a teenager, she was forced to step on a scale for embarrassing weigh-ins that caused her to believe she was “gigantic."

Chrissy Metz said she was forced to do weigh-ins as a teenager. (Reuters)

“He’d get the scale from the bathroom and clang it hard on the kitchen floor. ‘Well, get on the damn thing!’ Trigger would yell. ‘This is what you need to know,’” Metz wrote in the memoir. “He sat in a chair next to the scale as I got on. ‘Good God almighty!’ he yelled every single time. The number then was about 140 or 130. Most of my friends weighed about ninety pounds. ‘Why are you getting fatter?’ he demanded."

She said the physical abuse worsened over time.

“By then the beating had escalated. One time he hit me, and I looked right in his face. If I had a gun, I thought, I would shoot you,” Metz said.

The actress said she began eating in the middle of the night or in the bathroom so her stepfather wouldn’t see. She ate food that could be quickly consumed, including cookies and chips. She added that the food gave her a “brief bliss of numbness.”

Metz wrote that she was conflicted because she loved her stepfather, who was the male figure in her life after her biological father left when she was 8.

"This man did more for me than my father ever did. He was smart, and I was allowed to quietly join him in watching the Ken Burns 'Civil War' documentaries on television. I clung to [these points of connection] because I needed to figure out why this person could do right by me as a provider, but be unable to love me.”

Despite enduring years of physical and emotional abuse, Metz said has a relationship with her stepfather and still cares for him.

“We all go through stuff. But I truly believe that everything that happened to me, happened for me. [I’ve learned] some beautiful lessons,” she said.