With the holiday season each year comes a slew of new movies for everyone.

This year’s offerings include family-friendly picks, drama, comedy and even horror.

Additionally, with Christmas just around the corner, the holiday-themed offerings are beginning to roll in.

Between streaming and theatrical releases, indie flicks and high-profile offerings, here’s a look at this year’s Thanksgiving movies.

An animated musical adventure from Disney, "Encanto" follows the story of a young girl’s magical family.

"It’s about this extraordinary family, the Madrigals, who live in the mountains of Columbia and everybody in the family has these special powers except for Mirabel," Fandango Managing Editor Erik Davis told Fox News. "But then soon, they realize that Mirabel may hold the key to protecting that power."

The film stars "Brooklyn Nine-Nine" alum Stephanie Beatriz and the story was developed by "Hamilton" scribe Lin-Manuel Miranda, who also wrote original music for the flick.

While "Encanto" will hit theaters on Nov. 24, it will have a relatively short theatrical run and arrive on Disney+ on Dec. 24.

Based on the one-act play of the same name "The Humans" follows a fracturing family during their tense Thanksgiving celebration in New York.

"It’s about three generations of family who come together in a cramped Chinatown apartment in New York City to celebrate Thanksgiving," Davis said. "The film is layered with nuance … deeply haunting and ultimately very moving."

Written and directed by Tony winner Stephen Karam, who also penned the original play, "The Humans" features a small-but-mighty cast, including a rare dramatic turn for comedian Amy Schumer.

In addition to hitting theaters on Nov. 24, the movie will also air on Showtime.

One of the year’s most highly-anticipated flicks, "House of Gucci" will tell the true tale of the decline of the marriage between fashion icon Guccio Gucci’s grandson Maurizio and his wife Patrizia Reggiani.

"Really fantastic ensemble but it is Lady Gaga and Jared Leto who have the most transformative performances in this film," said Davis. Gaga portrays Reggiani while Leto plays Paolo Gucci, another member of the famed family.

"It is about primarily the marriage between Maurizio Gucci and Patrizia Reggiani, complete with all its ups and downs and suspicious betrayal and ultimately murder," Davis explained.

"House of Gucci" is considered a major awards contender this year, with Gaga and Leto currently considered favorites to nab Oscar nominations for their work in the film.

Serving as a prequel to the famed "Resident Evil" video game franchise is "Resident Evil: Welcome to Raccoon City." It also serves as a reboot of the film franchise of the same name, which kicked off in 2002.

The flick will see the beginnings of the famed storyline featuring zombie-like flesh-eating creatures.

THE MOST ANTICIPATED FALL MOVIES OF 2021

"She plays a former MMA fighter who’s fallen on hard times," Davis said of Berry’s character. "But when the son that she had given up returns into her life, it inspires her to fight for one last chance at redemption."

Like "House of Gucci," "Bruised" has found itself on some awards radars, with many anxiously awaiting to see whether Berry will turn out another Oscar-worthy performance either in front of or behind the camera.

"Bruised" will stream exclusively on Netflix.

"It’s about a kid who is obsessed with obtaining the brand new video game system called Nintendo," Davis shared.

The flick is set in 1980s Chicago and will stream exclusively on HBO Max. 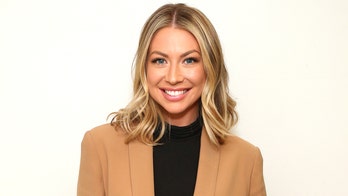